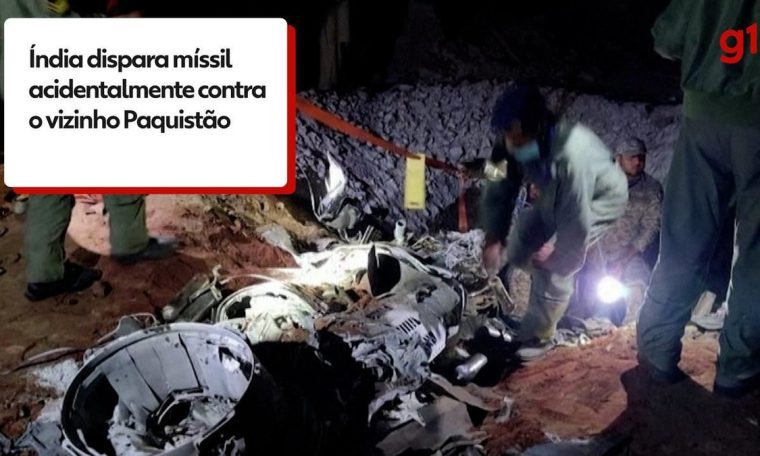 The timing couldn’t be worse. Amid the military conflict in Ukraine and the world’s highest tension, India on Friday accidentally fired a missile against neighboring Pakistan, with which it has fought wars in the past. There were no casualties or casualties, but the Pakistani government said the incident threatened civilian flights in the area and shook buildings, as well as calling India irresponsible.

The surprise attack was reported by India’s Defense Ministry, which apologized, called the episode “deeply regrettable” and said it had opened an investigation into errors. The missile was fired by mistake due to a technical snag, which ended up on Pakistani soil, the ministry said in a statement.

India, a predominantly Hindu country, and Pakistan, with a Muslim majority, have fought three wars since 1947, two over disputes over the territory of Kashmir.

Indians protested against Pakistan in 2013 over an attack on an Indian patrol party in the Kashmir region at that time. — Photo: Channi Anand/AP

The incident happened during a routine operation in one of the border areas with Pakistan. The episode brought to light the strong militarization of the areas that divide the two countries and raised fears of the use of nuclear arsenals by both states.

Pakistan’s foreign ministry called the episode an “unprovoked violation of its airspace by a ‘supersonic flying object’ of Indian origin” and sent an expression of strong indignation to India through its charge d’affaires in the neighboring country.

The disturbance also led to allegations that the Indian government was “insensitive to regional peace and stability”, according to Pakistan. The country’s national security agency also complained that India did not immediately inform the country’s forces about the accidental firing. The Government of India is yet to respond to the complaint.