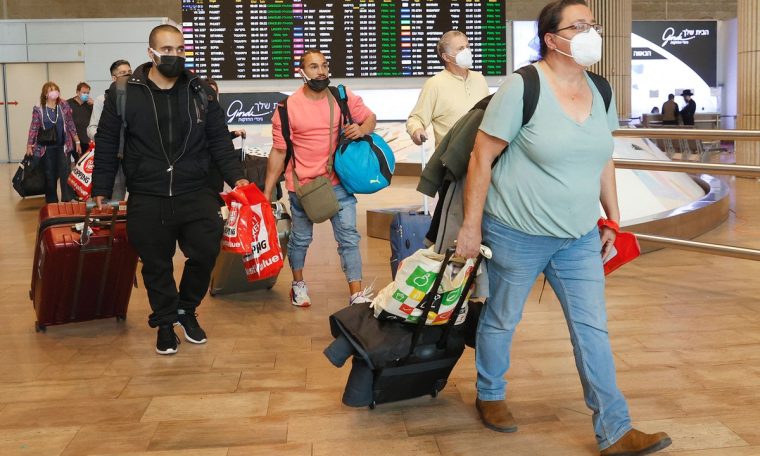 the government of Israel This Saturday (27) announced that it would block the entry of all foreigners into the country for two weeks, in an effort to stop the spread of the Omicron version of the coronavirus (b.1.1.529).

The country has already registered a case, from a patient who traveled to Malawi, and has seven other suspects. After the contamination was identified, the entry of travelers from seven countries on the African continent was barred.

A list of dozens of countries that have become prohibited destinations and origins has been published (read below), valid from Monday, November 29.

This Saturday, in addition to the general blockade of foreigners and this list, it was also defined that fully vaccinated Israelis who wish to return to the country must undergo isolation for 72 hours after arrival and during this period two Must undergo tests, which should show negative result. Until then, the isolation was 24 hours and only one test was needed.

Those who have not received all doses of the vaccine will continue to meet the current deadline of a two-week quarantine, with the time limit reduced to a week if they have a second negative test.

The Israeli government has banned Israelis from traveling to countries included in the “Red List” (see below), which have a high risk of contamination by the Omicron variant. And citizens returning from these places will have different isolation rules: they will be taken directly from the airport to a special hotel for quarantine, from where they will only be able to leave after their first test results.

If they test negative, they will be able to complete the second week of isolation at their homes, where they will undergo a new test seven days after the first. Those who test positive for COVID will stay in hotels and their tests will be sent for genome sequencing, an essential test to discover the type of virus.