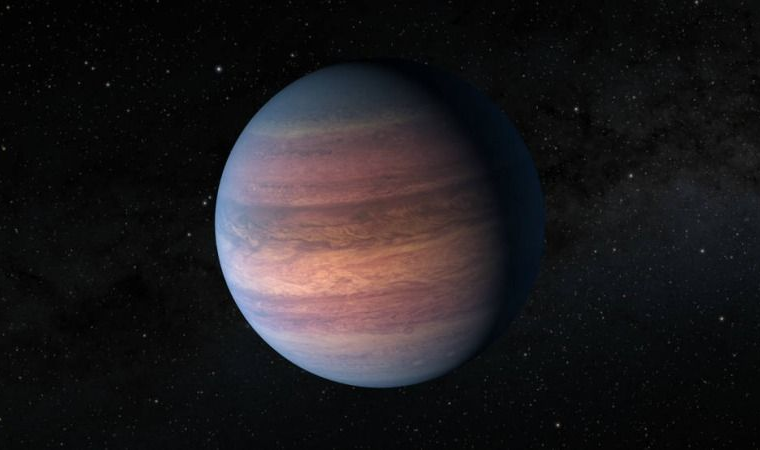 A new Jupiter-sized exoplanet has been discovered 379 light-years away from Earth. This new world attracted the attention of astronomers for having an orbital period of 261 (Earth) days, which is believed to be longer than the various gas giants discovered outside Earth. Solar system, The discovery was made through a collaboration between astronomers with the University of California and citizen scientists in New Mexico.

Called TOI-2180 b, the exoplanet is relatively close to Earth, with the size of Jupiter and triple the mass of the giant gas. Inside TOI-2180 b, there are 105 Earth masses of elements heavier than hydrogen and helium, which may indicate that the planet has a different origin from our neighbor.

There, the temperature is around 77 °C, but its conditions can still be considered mild compared to those found on other large exoplanets, despite being hotter than those of Saturn and Jupiter. “It’s a beautiful ‘transition’ between the most gas giant exoplanets we’ve ever encountered and the quiet Jupiter and Saturn,” said study co-author Paul Dalba.

See also  Unusual pointed rocks have been discovered on the moon; Scientists are amazed - 02/16/2021

Team identifies exoplanets among data collected by Telescopio Transiting Exoplanet Survey Satellite, and NASA, which observes a small decrease in the brightness of stars due to planets passing in front of them during so-called “transits”. Tom Jacobs, a former US Navy officer, is part of a group of citizen scientists analyzing TESS data in search of new planets.

In early 2020, they identified a decrease in light from the TOI-2180 star. They needed to confirm that the reduction did, in fact, come from a planet passing near the star and contacted Dalba of the University of California and Diana Dragomir of the University of New Mexico. Data from other observatories showed the planet’s “pulling” on the star, allowing them to calculate its mass.

Nevertheless, the authors still wanted to observe planet transit When possible, to confirm their orbital period. He organized an observation campaign with professional astronomers and citizen scientists who used telescopes at 14 locations on three continents to make observations throughout 2020. Although they did not detect the planet reliably, the expedition allowed them to define an orbital period of 261 days. ,

In addition, the authors believe that TESS will be able to track a new transit in February, when the telescope observes the star. If, this time around, they find the signature of the planet and confirm the orbital period, the data from previous missions will be even more important. Dalba also suspects that TOI-2180 b’s orbit may contain smaller objects – and James Webb Telescope We have resources to help you find them.

To date, rings and moons have not been identified with a high degree of certainty in other star systems. Perhaps this is due to the proximity of exoplanets and their stars, which can “blow out” these objects; As TOI-2180 b is further away, it could be a good object for such discoveries. “I think it’s a fun system for further observations in the future,” concluded Dalba.

The article containing the results of the study was published in the Astronomical Journal.