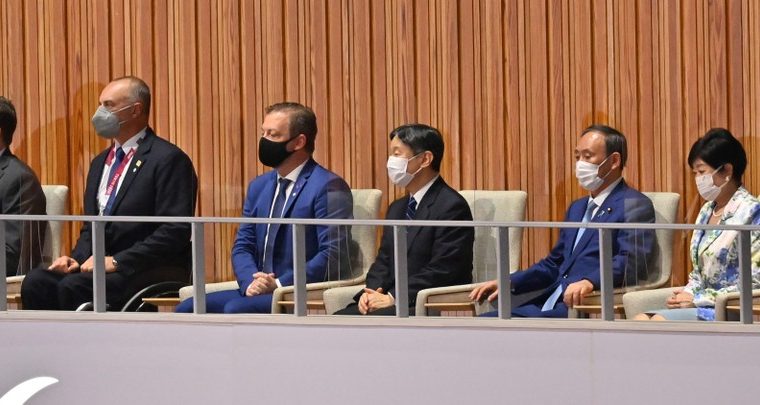 Japan’s top COVID-19 authority criticized the presence of International Olympic Committee (IOC) President Thomas Bach at the opening ceremony of the Paralympics on Tuesday. For Shigeru Omi, the head of the pandemic response subcommittee, the new trip to Japan was untimely.

Thomas Bach, left, sits with officials such as IPC President Andrew Parsons and Emperor Naruhito at the opening of the Paralympics – Photo: Masahiro Sugimoto / Yomiuri / Yomiuri Shimbun VIA AFP

– I wonder why he bothered to come. You must show common sense. He has already come here. Hasn’t he already been to Ginza? This is what I think of as an ordinary person, not necessarily as a member of an expert committee. If he needs to do something, I believe he can do it online – he criticized during a parliamentary session.

This Wednesday Bach was also photographed at a rugby match and a wheelchair basketball match. The leader’s criticism is mainly due to the fact that the number of infections in Japan has been increasing day by day at a rapid rate since the start of the Olympics in July. The government has extended the state of emergency till August 22 and is making daily appeals to people to stay at home.

Bach arrived in Tokyo on Monday after being invited to attend the opening ceremony of the International Paralympic Committee (IPC). During his stay in the country for the Olympics, the German was also the target of criticism after he was seen with security guards at an expensive shopping mall in the Ginza region.

This episode was mentioned by Omi in his address. While the leaders were on the move, athletes and other members of the delegation were not authorized to visit the city and had to follow strict protocol.

Despite appeals from health officials, members of various sectors of the Japanese government say the progress of the Covid-19 pandemic has no direct link to the Games, as participants undergo severe controls with immediate isolation in case of contamination .