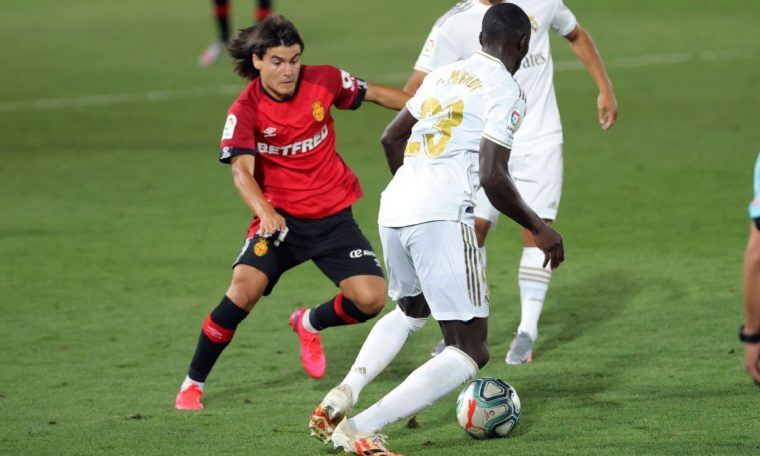 History was made in the Spanish top flight on Wednesday night when Real Mallorca made the fifth and final substitution of their match against Real Madrid.

The 83rd-minute change saw Luka Romero hop off the bench to make his La Liga debut for Mallorca and become the league’s youngest player of all time.

At 15 years and 219 days, Romero broke a record that has stood since 1939, when Francisco Bao Rodriguez (better known as Sanson) made his debut for Celta Vigo at the comparatively ripe old age of 15 years and 255 days.

Unfortunately, Mexican-born Argentina youth international Romero was unable to turn the tide of the match as Mallorca fell to a 2-0 defeat in the Spanish capital.

Thankfully, the result didn’t seem to dampen his spirits.

“It’s been an unforgettable moment,” Romero said in a tweet posted after the match. “Thanks to RCD Mallorca and the coaching staff for giving me this opportunity. I will never forget this day. It was a pity to lose but we continue to believe.”

Romero takes his place as one of the youngest ever league debutants across Europe’s top five divisions and the continent’s biggest clubs.

Harvey Elliott , who is now one of the promising crop of young stars at Liverpool, became the youngest ever Premier League player at 16 years and 30 days when he emerged from the bench for the final few minutes of Fulham’s 1-0 home defeat against Wolves in May 2019.

Coincidentally, the previous record was also held by a Fulham player: left-back Matthew Briggs was 16 years and 68 days when he made his top flight bow in 2007.

Nuri Sahin was fast-tracked into the first team at Borussia Dortmund at the tender age of 16 years and 335 days, making his debut against Wolfsburg on the opening day of the 2005-06 season.

Sahin was also the Bundesliga’s youngest goal scorer (17 years and 82 days) up until roughly two weeks ago, when Bayer Leverkusen forward Florian Wirtz (17 years and 34 days) found the net against Bayern Munich to better the Turkey international’s long-standing record.

Fans, voting on the @socios app have decided to pay tribute to Amedeo Amadei, the legendary forward from our first league title victory.

From today, a pitch at our training centre will be named in his honour. 💛❤️ #ASRoma pic.twitter.com/oBxjjHV83H

Rather unusually there are a pair of joint-youngest players in Italy’s top flight with almost 80 years separating their respective debuts. AS Roma hall-of-famer Amedeo Amadei was just 15 years and 280 days when he made his maiden appearance for the club back in 1937, exactly the same age as Pietro Pellegrini when he did likewise for Genoa in December of 2016.

Amadei, who spent 11 years at Roma over two spells, was part of the side that won the club’s first ever Serie A title, and has a pitch at the Giallorossi‘s training ground named after him. 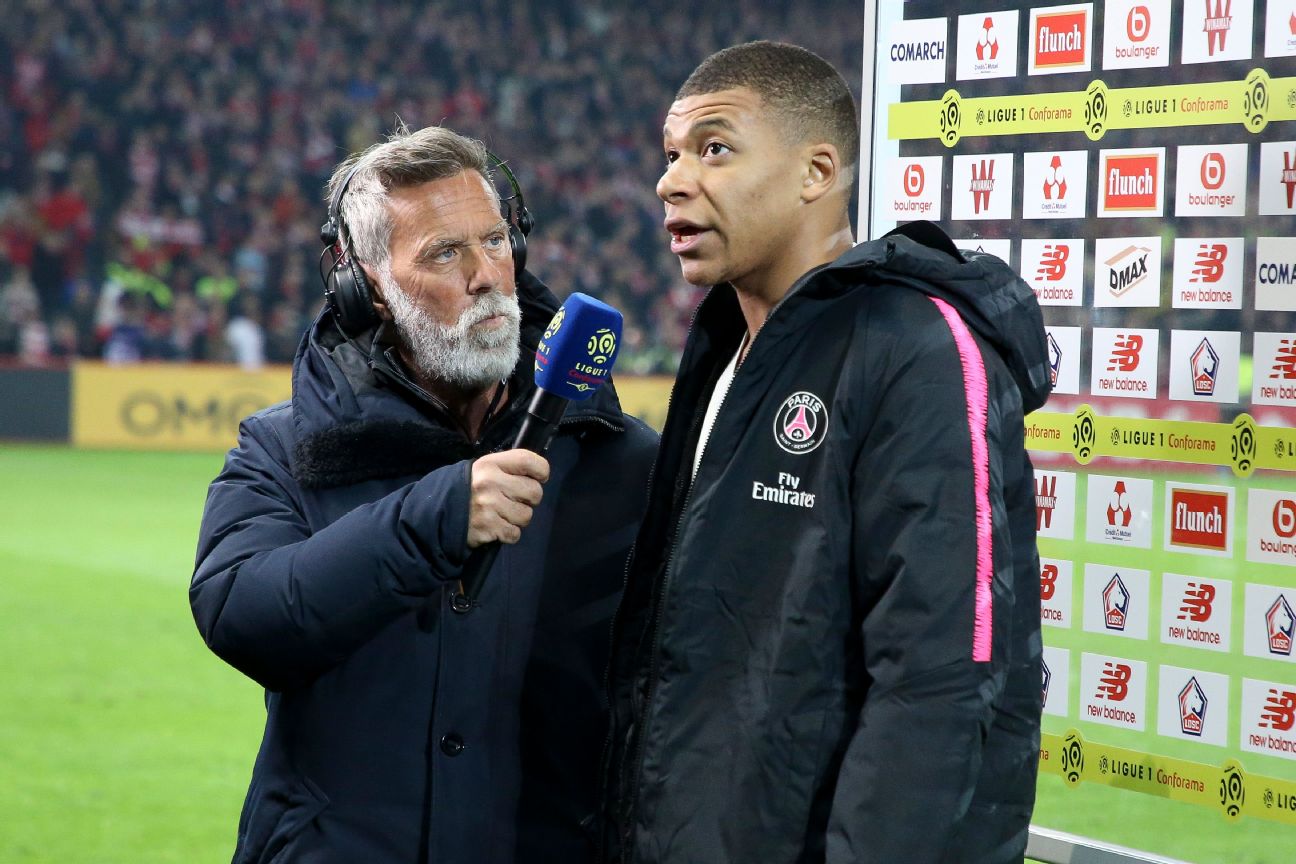 The record for the youngest player in the French top division has stood ever since 1978, when Laurent Paganelli made his debut for Saint-Etienne aged 15 years and 307 days.

Nicknamed “Tom Thumb” due to his diminutive stature, the midfielder came on as a half-time substitute against PSG at the Parc des Princes. He stayed with Les Verts for five successful seasons, winning the Ligue 1 title in 1981.

Paganelli is still a familiar face in French football in his role as a broadcaster for Canal+, for whom he interviews today’s young stars such as Kylian Mbappe.

Jack Wilshere is still the youngest player to have represented Arsenal in the top flight after making his competitive debut against Blackburn Rovers in September 2008 at the age of 16 years and 256 days.

Barca’s youngest ever debutant was Vicenc Martinez, who was 16 years and 280 days when he made his first La Liga appearance in 1941.

Martinez was 18 days younger than Ansu Fati was when the latter made his league debut for the Catalans in August 2019.

Jamal Musiala is the youngest Bayern player to appear in the Bundesliga after making his debut as a late substitute in the club’s most recent fixture: a 3-1 win over Freiburg on June 20.

The England youth international was just 17 years and 115 days when he replaced Thomas Muller for the final few minutes, eclipsing a record previously held by Pierre-Emile Hojbjerg (17 years and 251 days).

Just a local kid from West London who had a dream to play for his local team @ChelseaFC ⚽️💙 pic.twitter.com/6tcDkARxb8

Considering Chelsea manager Frank Lamaprd has given so many youth products a chance this season, it’s perhaps surprising that the club record for youngest debutant hasn’t been broken so far this season.

In fact it is his assistant, Jody Morris, who has held the record for 24 years, ever since making his first Premier League appearance against Middlesbrough on Feb. 20, 1996, at the age of 17 years and 43 days.

Moise Kean was just 16 years and 265 days when he became Juve’s youngest ever Serie A debutant in November 2016, entering the fray in the 84th minute of a game against Pescara.

The striker made history by becoming the first player born in this century to both make an appearance in the Champions League and to score a goal in one of Europe’s top five leagues. 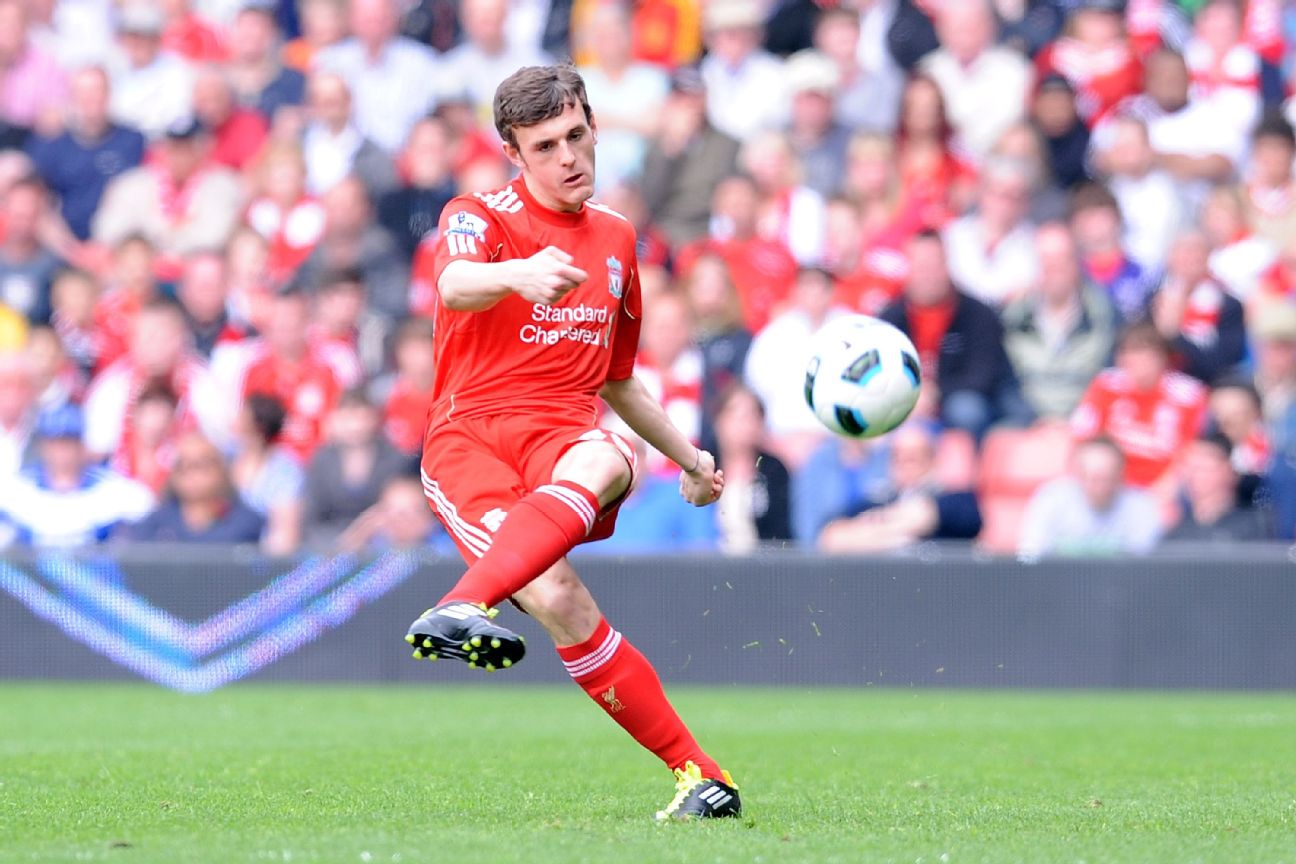 Pipping the aforementioned Elliott into second place at Liverpool by a matter of days, Jack Robinson was only 16 years and 250 days old when Rafa Benitez handed the academy graduate his Premier League debut in the final game of the 2009-10 season.

The winning goal in the 1970 League Cup Final scored by Glyn Pardoe.

A one-club man, the late Glyn Pardoe still holds the record as City’s youngest ever player, having been just 15 years and 314 days when he made his first-team bow in 1962. Pardoe, who died last month, will always be remembered for scoring the winning goal in the 1970 League Cup final.

Pardoe’s teenage grandson is currently on the books at City too, though Tommy Doyle had to wait until the vaunted age of 18 before he made his club debut in the EFL Cup last year. 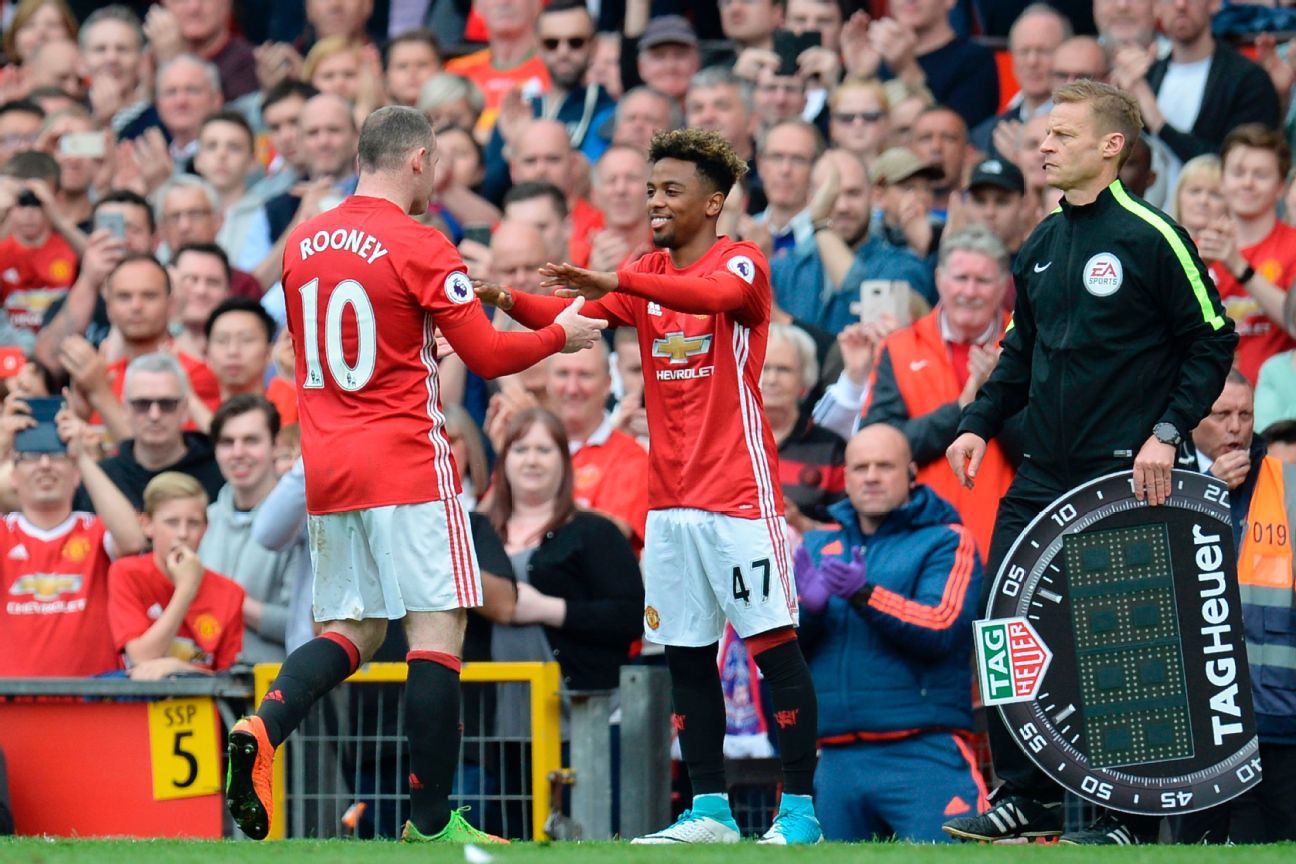 At 16 years and 263 days, Angel Gomes became the youngest player to represent United since the great Duncan Edwards when he replaced Wayne Rooney for the final throes of a 2-0 league win over Crystal Palace in 2017. 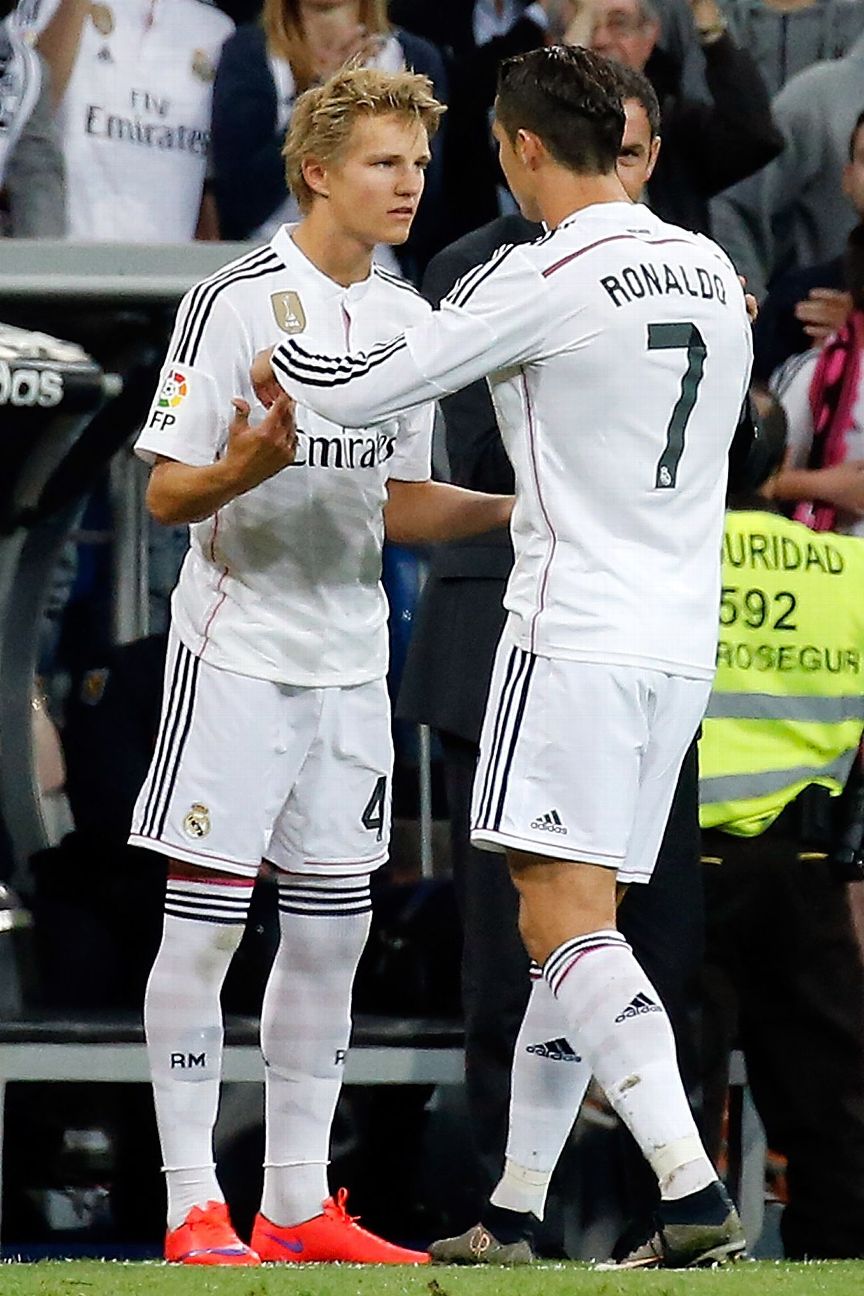 Midfield prodigy Martin Odegaard is the youngest player to make a league debut for Real, having been aged just 16 years and 157 days when he was subbed on for Cristiano Ronaldo in a 7-3 win over Getafe in May 2015. The young Norwegian has become a regular in Spain while on loan as Real Sociedad.

Spurs’ record dates back to September of 1993 when a young Stephen Carr made his first Premier League appearance for the club aged 17 years and 27 days.

The future Republic of Ireland international full-back was replaced at half-time in a 2-2 draw against Ipswich Town.