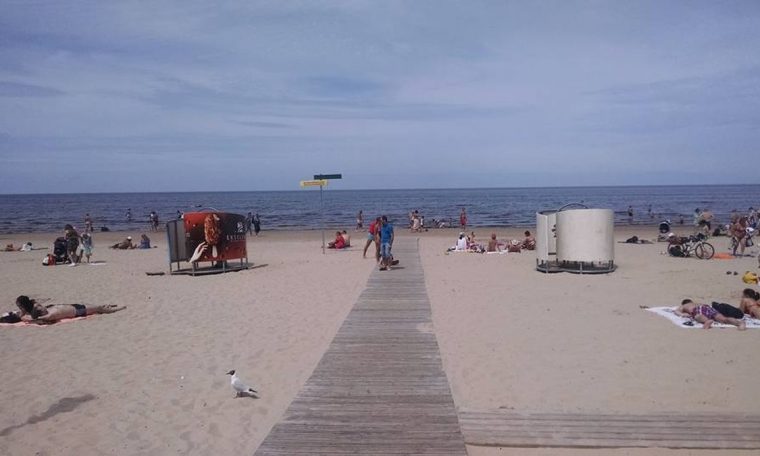 The beaches of Jurmala have wide stretches of sand. So in summer There is space for people to practice sports like beach volleyball. It is here that Latvian teams train and this is where the main championships in the sport take place in the country – the city has hosted European tournaments with international elite teams.

Dupala Martins Plavins and Edgar Tokes of Latvia celebrate their victory over Brazilians Alisson and lvaro Filho in beach volleyball at the Tokyo Olympics this Wednesday (4) – Photo: Pilar Olivares/Reuters

Since Latvia is so far to the north, winters are marked by very long nights and the sun is barely visible. In summer, on the other hand, the opposite happens – the days become much longer and there is almost no darkness, forcing thousands of Latvians and people from other Baltic countries to seek Jurmala, which is just 30 km from the Latvian capital. , Riga.

Despite the similar taste to beach volleyball, there are several differences with Brazil’s beaches: first, there are few waves, characteristic of a closed sea like the Baltic. Another difference is practical: You don’t see that bunch of umbrellas. People like to take just a towel, food and that’s it.

Between 1944 and 1991, the year of the collapse of the communist country, Latvia belonged to the Soviet Union. During this time, not only Latvians but others from the former USSR sought Jurmala as one of the summer resorts—the other would be in Sochi, warmer and southern Russia.

Among those on leave were President Nikita Khrushchev, who ruled the USSR between 1953 and 1964, and his successor Leonid Brezhnev, who ruled the country until 1982. It was common to see heads of Soviet power on the streets of the city.

The visibility given by the visits of the dictators saw one of Jurmala’s most striking features: the original architecture of small houses near the sea, often made of wood with Scandinavian and Finnish influences, as well as smaller buildings of Germanic origin. Instead, large resorts were left for the Soviets to receive in the late 20th century.

Video: Brazil at the Tokyo Olympics