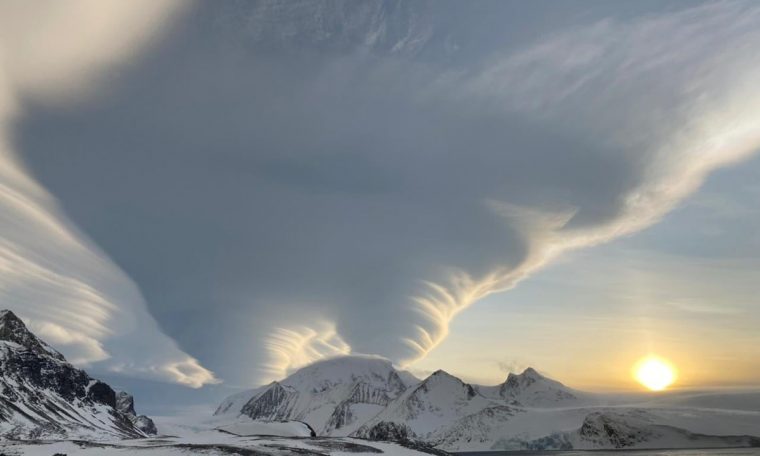 The funnel-like clouds have attracted the attention of researchers at the Esperanza polar base in Argentina, in Antarctica. The images were released this Tuesday (29) by the National Meteorological System of Argentina.

Clouds, in general, form from water droplets in the liquid state and suspended in the atmosphere after the ice has condensed.

In the case of clouds recorded in images, they are called lenticular. They are associated with steady atmospheric flow, form and diverge from a single point of origin, which is responsible for the funnel-like appearance (in some cases the shape resembles The overlapping circles also reveal the shape of the flying saucer.)

In general, the phenomenon occurs between the altitude of 6 to 12 thousand meters. Common in mountain ranges or regions of mountain ranges, lenticular clouds are associated with the encounter of strong winds at high altitudes. In these situations, when the wind encounters an obstacle, in this case a mountain range or mountain range, it condenses in this geological formation and gives rise to clouds.

See below for more pictures of lenticular clouds. The incident was reported on Monday (27) but released only on Wednesday (29).

Lenticular clouds have been observed in Argentina – Photo: National Weather System of Argentina

Lenticular clouds have been observed in Argentina – Photo: National Weather System of Argentina

In VIDEO, meteorologists explain an Earth storm that hit the interior of SP and the boundary with MG: