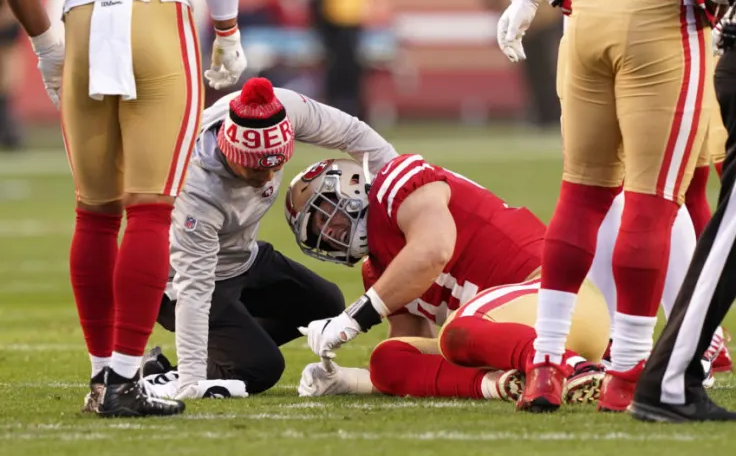 In the NFL injuries will always be a major part of the season story. This season is no exception as injuries to superstars has completely changed the fortunes of their respective teams this season. We’ll take a closer look at the major injuries in the NFL this season.

Dak Prescott Out for Foreseeable Future

The injury to Dallas Cowboys quarterback Dak Prescott was one of the most gruesome in recent NFL history. The timetable for his return is not yet set but it wouldn’t be surprising if he missed the start of next season. There’s no point in speculating because the point is, this season is over for the Cowboys.

Dallas Cowboys quarterback Dak Prescott has undergone surgery to repair a compound fracture and dislocation of his right ankle after suffering the horrific injury during an NFL game Sunday https://t.co/9ee8NnLCyw

Even with Prescott, Dallas was only 1-3 when he got hurt but the team was still in the playoff race. That was due to fact that the NFC East is currently the worst division in football and it is likely that the division winner will finish with an 8-8 record or worse. That small window they had was slammed shut once Prescott destroyed his ankle.

What makes this situation even worse from Prescott’s point of view is his contract situation. Although he will make a lot of money this season, he does not have the long term deal that he was looking for. He will also certainly not get paid the type of money he was looking for until he proves that he has fully recovered. Thankfully, modern medicine has made the type of progress where he can absolutely come back from a compound fracture. It won’t be easy and his recovery will be difficult but he’s still young enough that he’ll be back.

In the meantime, the quarterback position is an absolute mess. Andy Dalton looked capable when he stepped in for an injured Prescott and led the Cowboys to a win over the Giants. From there, it’s gone from bad to worse for Dalton who not only played terrible since, he also suffered a scary concussion against the Washington football team. As if that wasn’t bad enough, Dalton has tested positive for Covid. There is no point in even bringing up the rest of Dallas’ depth chart at quarterback because they are barely NFL caliber players. The point is, Dallas has lost every game since beating the Giants and will be looking to next year to get things back on track.

Odell Beckham Out for the Season

As one of the most popular players in the league, it was a shame to see Odell Beckham Jr go down for the season. The knee injury was a freak accident and the incident actually sheds light on a bigger question; should the Browns keep the player known as OBJ?

To be clear, when healthy, Beckham is one of the best players in the NFL. The thing is, lately, he’s been hurt a lot. He’s still a young guy and he will bounce back from this but the injuries are really starting to pile up for him. On top of that, he doesn’t really have very good chemistry with quarterback Baker Mayfield. Cleveland has a ton of weapons on offense and needs help at other positions on their roster.

Nobody is saying they need to get rid of Beckham but it’s something to consider. The Browns have to do something in order to take the next step as a franchise. Getting Beckham made sense when they did it but maybe he has more value to him as a trade piece than he does as a player. Again, he and Mayfield may develop chemistry at some point but when? We’ll have to wait until next season to find out because for now, OBJ will not be playing football for a while.

Other Major Injuries Around the League

All of the injuries we’ve mentioned so far haven’t just affected the respective teams, they’ve also had a big-time effect on sport bettors as well. Depending on the injuries the lines would change drastically. That’s why we started with the injuries to Dak Prescott and Odell Beckham because those players being out will change how bettors and oddsmakers look at games involving their respective teams.

The Carolina Panthers were in a transition season with the departure of long time head coach Ron Rivera. They also parted ways with Cam Newton so when Christian McCaffrey went down for the season with an ankle injury, things went from difficult to bleak in an instant. To their credit, the Panthers have performed well in his absence and have exceeded most people’s expectations. They are only 3-5 and won’t make the playoffs in the ultra-competitive NFC South but there is definitely a reason for optimism about the future for Carolina

One of the few long term injuries that will come to an end soon is Michael Thomas for the New Orleans Saints. Thomas has not played since hurting his ankle in Week 1 and the Saints will be much better once they have him back on the field. Not to say they’ve been bad without him, they are currently 5-2 in the NFC South and looked poised to make yet another playoff run and with Thomas scheduled to return shortly, there’s no doubt they’ll be among the contenders.