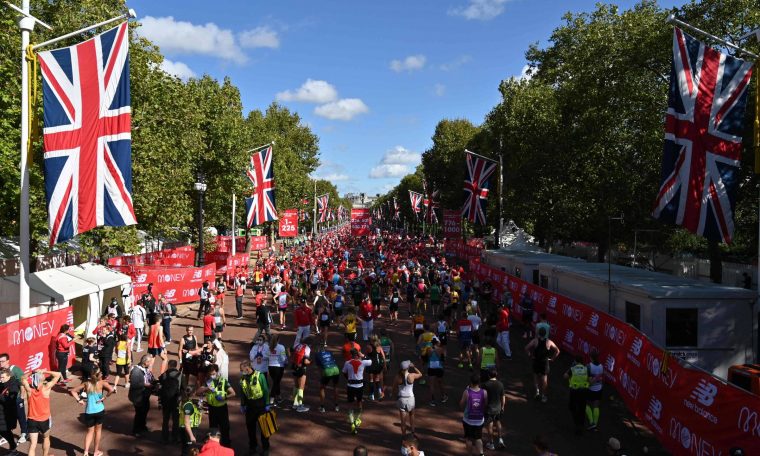 If you’re like me and watch marathons from start to finish on television, research watches, sneakers, carbohydrate gel, heart rate and pace monitors whenever you go for a run, then I’m good for you. I bring news

After training alone, postponing races and virtual races, marathons are back for real in Europe.

In September, Berlin had fans from 139 countries and about 30,000 participants. Ethiopian Kenenisa Bekele finished third, disappointing those who had hoped for a world record and seeing fellow countryman Gaye Adola become champion. The world’s fastest official mark, 2:01:39 by Kenyan Eliud Kipchoge, who did not run, remains intact. But seeing so many people on the streets seems like the biggest victory.

Last Sunday (3), the London Marathon delighted the English capital with public and amateur runners after 889 days of the previous edition. The crowd gathered not only on elite competitions –Won by Ethiopia’s Sisay Lemma and Kenyan Joycelyn Jepkosgei– but for more than 40 thousand participants.

Street race is a good parameter for the health status of the country. As around 85% of the UK population over the age of 16 is fully vaccinated, and vaccinations for adolescents and boosters for seniors are underway, life here in England is fairly normal. There are almost no restrictions, coronavirus deaths are down, football stadiums are full, traveling just got easier.

The British love the London Marathon. They wear posters, flags, costumes. Now, they went back on the road without any fear.

I am the classic example of the person who was bitten by the racing bug. In my case, the 5km run was 10km, 21km, until reaching the marathon, in Paris in 2012. Around 30km, when for the first time in marathon runners the body shows the signal that it wants to stop and it’s the head that rules, I uttered an “Allez marina!” Heard.

A stranger read my name on the shirt and wanted to encourage me. I never forgot that voice, though I can’t remember the face. There were many on the way. It’s amazing how many people are willing to stand for strangers for hours. Running gives a feeling of being together that I have rarely seen in my life.

Running increases my discipline and flexibility, strengthens my body, keeps my mind alert and creative. I’m lucky that I love a sport whose great idol exemplifies being a human being. Kipchoge is the only genius, humble and charismatic on the planet to run a marathon in under two hours.

I had the privilege of covering the Berlin and London races and the 2016 Olympics and interviewing Kenyans a few times after the finish line. With the calm voice of someone who seemed to have just come out of a relaxing spa, he always spoke about his passion for what he does. Kipchoge smiles at the victim at the end of the race because it helps him deal with the pain. How not to worship him?

As the pandemic is not over, it is not possible to determine the future of the marathon, but it looks promising. There are Chicago, Boston and New York with spectators and thousands of runners. For those who watch or live it on TV, it’s more exciting.

Those who live in other parts of the world and choose to compete in these tests can be optimistic, as travel is once again possible for vaccinated people. If you’re one of them and want encouragement, you can take your practice sheets and sneakers out of your closet.

Link Current: did you like this text? Subscriber can issue up to five free hits of any link per day. Just click the blue F at the bottom.