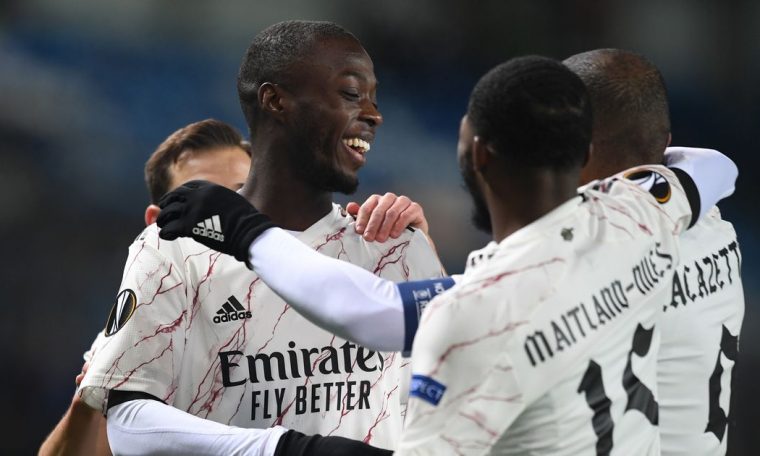 This is your Arsenal Morning Digest on Friday, November 27th.

Arteta decides on a pep display in Molde Win

Arsenal boss Mikel Arteta says Nicolas Pepe’s performance in the 3-0 win over Molde was an “example” of the level he could reach.

In last week’s defeat at Leaders United, Winga, who was sent off for a reckless headbutt, scored in a thrilling performance as the Gunners reaffirmed their place in the Europa League stage.

Asked about Pepe’s impact against Molde, Arteta said: “We all know what his level is. The question all the time is how many times he can reach that level and how much he is involved in other aspects of the game. Time can contribute.

“Today’s example is. That should be the level he has to hit and he has to keep improving since then because he is capable of doing it.”

Pep has publicly apologized for his red card at Allende Road and will not be available for Arsenal’s next three league games.

“After the disappointment, you really want to see something fast and I can see his body language from the first minute that he was ready to work,” Arteta added.

“I think he did well. He scored a goal. He could have scored one or two more goals, created some great moments in the game and worked hard for the team. I really liked it and I’m very happy about it. ”

Arsenal fans took to social media after Arsenal’s Europa League victory to congratulate Phuleran Boulogne on his first goal for the club.

The 19-year-old forward scored just 37 seconds after being introduced as a second-half option, opening his account for the Gunners on his second appearance.

Balogun has been the subject of speculation about a possible exit, with his contract set to expire next year, but Arsenal fans are clearly hoping for a bigger future for the youngster and some want him ahead of Alexandre Lacazette and Eddie Nakedia. Let’s start.

Here is what the supporters said.

Arsenal added eight academy graduates to their squad for last night’s 3-0 win over Molde in the Europa League.

By signing up for our Arsenal newsletter, you will receive a one-time daily email, which will focus on ongoing activities at the Emirates Stadium.

You won’t miss a thing when it comes to gunners – you’ll need to know directly in your inbox.

We will also send you a special newsletter with a big news story.

Type your email address directly into the box at the top of this article – or an article on the Football.London’s Arsenal section – labeled “Receive the Greatest Daily Stories by Email” and click ‘Subscribe’

If you decide later that you do not want to receive the email, unsubscribe from one of the newsletters – but we do not think you will.

Balogan, who scored in the second half, Emily Smith Rowe, Miguel Aziz and Ben Cottrell, who impressed in the role of No. 10, were added to the bench in the 3-0 victory.

Of those academy players, Willock has been the tallest at Arsenal since joining the club at just four years old.