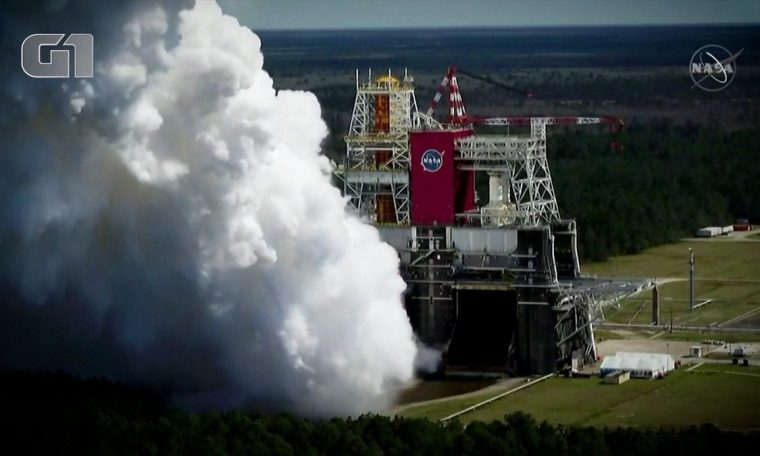 a NASA On Thursday (18), the engines of a rocket manufactured by Boeing for the Artemis mission were tested for eight minutes, aiming to take astronauts back to the moon for more than half a century after the last lunar eclipse.

NASA conducted a fire and heat test of the Space Launch System (SLS) rocket core to simulate a launch and fire engine while the vehicle was anchored from the US State Stennis Space Center to a tower in Mississippi.

Four RS-25 engines roared and ignited for the duration of the test and filled the sky and sky with a cloud of white smoke. After the engines shut down, NASA employees could be heard applauding the live video broadcast.

The image, taken from a NASA-released video, shows a fire and heat test portion of the Space Launch System (SLS) rocket core at the Stennis Space Center in Mississippi on Thursday (18).

A pre-trial in January ended after about a minute – less than four minutes for engineers to collect enough data.

NASA aims to bring American astronauts to the moon again by 2024, but the SLS program is three years behind schedule and the budget is about $ 3 billion. The last astronaut to walk on the moon in December 1972 was Eugene Sernan.

READ  Earth 16,000 MPF fast, 2000 light-years from a supermassive black hole in the center of the galaxy