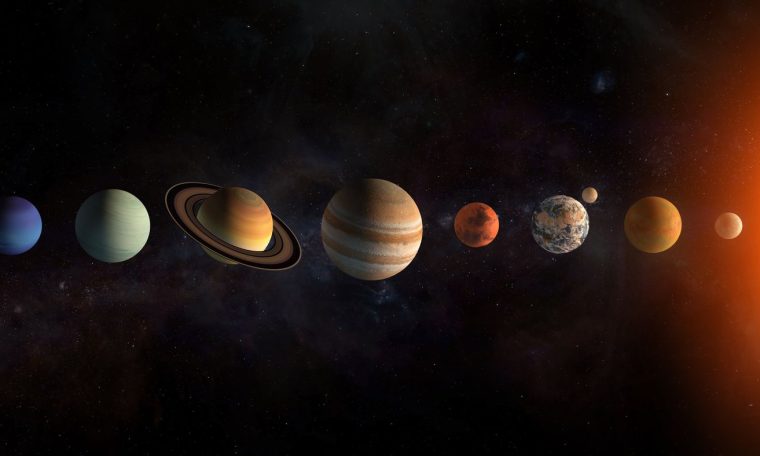 Interactions with neutral hydrogen particles coming through the interstellar medium may be responsible for leaving the heliosphere (the bubble that surrounds the Solar System and protects it from energetic particles) with a size similar to that of a croissant. The discovery was made by a team led by Boston University astrophysicist Merav Ofer, who sought to understand the cosmic forces responsible for defining the shape of the heliosphere.

Understanding this structure and how it works is important for scientists to understand our neighborhood and even the emergence of life on Earth. However, since we’re inside the heliosphere, trying to figure out its size is no easy task – but it’s not impossible either. With data from Voyager and New Horizons missions, scientists found it could be shaped like a croissant,

However, it was still to be ascertained as to what was behind this structure. For this, the authors studied twin emissions, the heliospheric jets released by the Sun’s poles, whose shape comes from the solar magnetic field’s interaction with the interstellar one. As a result, they are not emitted in a straight line, but curve like the ends of a croissant – these ends are also the “tails” of the Solar System.

These emissions are similar to other astrophysical jets observed in space and, like others, the Sun’s jets are unstable; As a result, the heliosphere that is “pulled out” by the Sun also appears to be unstable. “We see that these jets are being designed as irregular columns, and astrophysicists have wondered for years why these shapes show instability,” Ofer explained.

Thus, the team worked with a computer model focused on neutral hydrogen atoms, which are without charge. Their effects on the heliosphere are not yet known, but when the researchers removed these atoms from the model, the solar jets were stable; The writers then put them back and observed the instability returning to the jet.

According to the team’s analysis, this is due to the interaction of neutral hydrogen with ionized matter in the outer region of the heliosphere. As a result, this causes the so-called “Rayleigh–Taylor instability”, which occurs at the interface between two liquids of different densities: the lighter pushes the heavier one, producing turbulence in the tail of the heliosphere.

This explanation may have implications for understanding how galactic cosmic rays enter the Solar System, as well as understanding the environment outside the conservation of Earth’s magnetic field. “This is a huge discovery, one that really sets us on the road to finding out why our heliosphere model achieves this unique croissant shape, and the others don’t.”

The article containing the results of the study was published in The Astrophysical Journal.