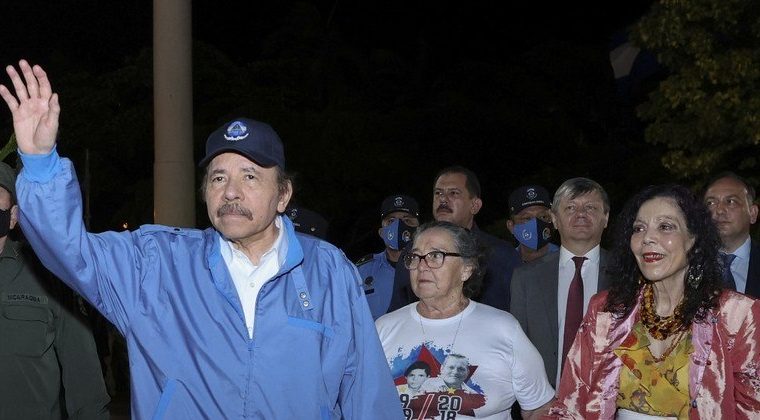 The Organization of American States (OAS) announced elections in Nicaragua last Friday (12), in which President Daniel Ortega re-elected, were not impartial and lacked “democratic legitimacy”, forcing the institution to call for “immediate collective evaluation”.

The text was approved by 25 votes in favor of the bloc’s 34 active members. Seven countries did not participate, including Mexico and Honduras. The delegation from St Kitts and Nevis was absent and Nicaragua voted against it.

Emphasizing the “release of all political candidates and prisoners”, the text says, “the democratic institutions in Nicaragua have been seriously undermined by the Nicaraguan government”.

Therefore, it calls on the Standing Council, the executive body of the OAS, to “immediately complete the collective assessment (…) by 30 November and take appropriate action”.

The vote was by roll call at the request of Nicaragua, which rejected the resolution “in the most obvious way”.

“We are seeing another attack on the free people of Nicaragua,” criticizing Ortega government representative Michael Campbell, questioning the democratic institutions of Colombia, Brazil and the United States, countries that support the text.

Ortega, who has been in power for 14 consecutive years, renewed his term after forcing opponents to be detained or deported with the prospect of defeating him in elections.

Now, the Permanent Council must act quickly because, according to OAS Secretary General Luis Almagro, there is no time to give up.

Members of the OAS have different means, such as diplomatic negotiations and convening an extraordinary general assembly, which can even suspend Nicaragua from the organization.

in favor of Argentina

Argentina is among those who voted in favor of the resolution, which this year refrained from supporting two permanent council resolutions that called for free elections and the release of all imprisoned opponents.

“We will continue to work with the current draft resolution in favor of dialogue with confidence, hope and political will,” said Argentine Chancellor Pablo Tettamanti. Difference.

The United States celebrated the approval of the resolution. “The Inter-American Democratic Charter obliges the Hemisphere to protect the democratic rights of the Nicaraguan people, and we must fulfill those obligations,” declared US Deputy Bradley Friedan, comparing Ortega’s government to Anastasio Somoza, Which was helped by the former guerrilla fighter. Overthrow the Sandinista Revolution of 1979.

Apart from Mexico and Honduras, Bolivia, St. Vincent and the Grenadines, St. Lucia, Belize and Dominica did not participate.

Along the same lines, the Bolivian ambassador, Hector Arce, urged the OAS not to interfere in the internal affairs of the countries, recalling the “disastrous fact” of the organization’s participation in the 2019 Bolivian elections.

The OAS’s position on the woes of the region attracted much criticism during the General Assembly, which had Guatemala as its host country. Peru will host the next meeting, as decided at the end of the conclave.

The motto “For a Renewed America” ​​served as a pretext for change in the OAS. Bolivia suggests “rethinking the OAS”. Paraguay speculated that the organization should “look for new forms of communication” with its members as the pandemic and the digital revolution “changed the rules of the game”.

The Dominican Republic recognized that the OAS plays a central role “in consolidating democracy” and “with its light and shadow” it has been a “beacon” on several occasions. Along the same lines, Uruguay highlighted the organization’s role in “protecting democracy and human rights”.

Other countries cited Venezuela in their speeches, calling for the resumption of talks with the opposition led by Juan Guaidó, who was recognized by more than 50 countries as interim president.

At the last plenary session, the Inter-American Corporate Charter to Promote Development and a Declaration on Haiti called for “supporting the authorities in their efforts to restore security” and “preparing free, fair and transparent elections under international observation”. urged to help. ,

Despite representing 8% of the world’s population, in a region with 32% of deaths, the health crisis caused by COVID-19 is one of the most frequent topics in speeches.