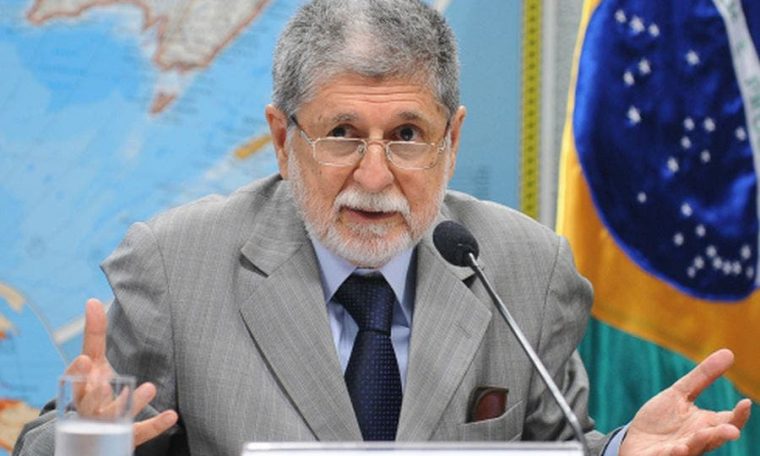 In an interview with German magazine German wave, Former Defense Minister Selo Amorim, who served in the portfolio during Dilma Rousseff’s first term, spoke about PT governments’ stance with the military.

According to him, the PT erred in “indulgent” for positions considered inadequate by active generals and should have taken a “stronger position”.

The former minister also says that he would not have appointed General Villa-Bose to take command of the army in February 2015.

Read excerpts from the interview:

(…) Was the military of the PT government and in relation to General Villa-Bose appointed commander of the army by the then President Dilma?

I will not criticize Dilma or my successors, but I did not nominate Villa-Bose. Less because of a political perception of what he was going to do, and more because I saw him as someone who wanted to be a little too visible.

At that time the commander of the army, as well as the chief of staff and the commander of land operations, were very prudent people. And I think that conscience is a quality of the common. The army cannot speak much, because it is armed. But it is a matter of judgment, people can make mistakes, just as they may have seen other qualities that I personally would not have seen. At the same time, I wouldn’t be sure, I wouldn’t say “that’s not it at all”. We had no personal problems. When he was commander of Amazon and I was supposed to go there, I was treated very well.

I was surprised when General Sergio Etchegoy signed a manifesto against the inclusion of his father in the commission’s report, without naming him as a general, but as a relative. He saw people less in tune with the prevalence of civil power. This is their internal difficulty, which is not expressed because it is the PT government. I think many people actually had a bottleneck, but Lula and the government of Dilma invested a lot. Just take projects like nuclear submarine, Gripen fighters, everything happened under PT government. There was no shortage of attention to his organically important work, which is to protect the country.

As a whole, without thinking of a specific action, I think our mistake was a little bit Concession In these aspects. Not on topics such as remuneration and adequate conditions to protect the country. It is justified and had to be claimed. But at some point, you have to take a strong stance. (…)