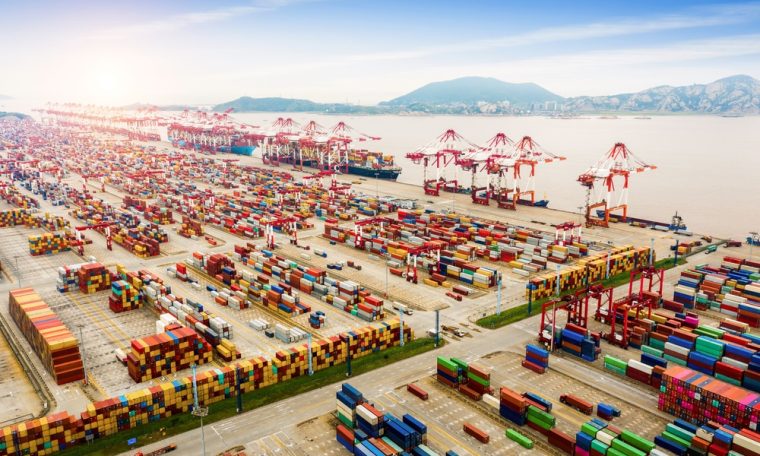 From washing machines to solar panels, through electronic components and textiles. These are just some of the countless products that have been shut down at the port of Shanghai in China, as a rise in these cases has led to confinement measures. COVID-19. with the spread of omicron version, creating a real bubble in the world’s largest port, causing massive overcrowding at the site. The situation is getting dire day by day and it may take months to get sorted out, that is, it will definitely take time for many goods to arrive in all parts of the world.

Mike Kerley, manager of the Janus Henderson Company, says the restrictions primarily affect roads in and out of the port, resulting in a backlog of containers and a 30% reduction in productivity.

In 2021, the port of Shanghai accounted for 17% of container traffic and 27% of exports China. In addition, ships lack the manpower to process the documents required to unload their cargo or conduct departure inspections.

Now boats are also piling up on the shore and in the canals around the port, waiting for the green light to dock.

Another problem is that thousands of containers are piling up at the port, threatening the global supply chain once again at a time when analysts were confident of a post-pandemic recovery. Although the port is operational, it is increasingly congested.

The European Union Chamber of Commerce estimated that there were between 40% and 50% fewer trucks available in Shanghai and that less than 30% of Shanghai’s workforce could return to work.

In this new wave of COVID-19, measures imposed by China stipulate that people who have been diagnosed with the disease should be quarantined even if they do not show symptoms.

Forecasts are not encouraging: the impact of congestion is expected to last through the end of the second quarter. And that too with a possible generalization. Otherwise, it will take even longer.

Feather export From 30% to 50% of everything that leaves China through Shanghai, that is, the world is on the verge of collapse in order to receive products.

The world’s largest shipping company, Maersk, issued a statement saying that “many ships will leave the port of Shanghai on their routes” due to a lack of available space for containers.

The global consequences will certainly be a slowdown in the flow of imports and the entire production chain, which will have an impact on rising inflation.

Alicia García-Herrero, chief economist for Asia-Pacific at investment bank Natixis, says: “There is a great deal of concern that exports will be affected and the impact of inflation on the world, including Latin America, which is a major trading partner for China. ” ,

“Since the port capacity is not like in March, nor in February, it will take some time to sort all this out. Even if the city’s lockdown ends tomorrow, there is capacity building that will not be resolved quickly,” Rodrigo Zidane, professor of economics and finance at NYU Shanghai, told the BBC.