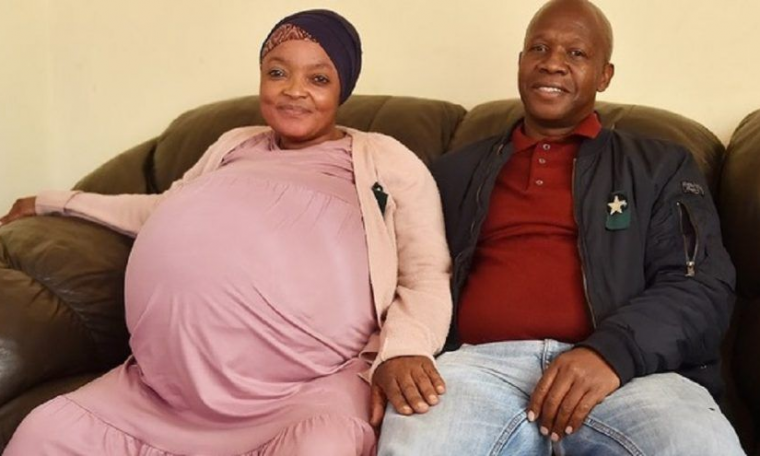 South African woman who was already a mother of twins, and would have gave birth to ten children togetherThere may be fraud. Her boyfriend may have said in South Africa that he no longer believes that children exist, according to information from daily star.

Tebogo Tsotetsi, the woman’s boyfriend and alleged father of the alleged children, issued a statement apologizing for “any inconvenience and embarrassment”. According to them, the woman, 37-year-old Gosiam Thama Sithol, is missing.

The birth is said to have taken place on June 7 and the woman gave birth to seven boys and three girls via caesarean. Pictures of the arrival of babies went viral around the world and a new world record was set.

However, after the government and hospitals questioned the birth of a dozen babies, Tebogo Tsotetsi revealed that she has not seen her partner or children since birth.

In a statement released on Tuesday by the family, the man claimed to have been the victim of a “scam” and apologized for the information disclosed.

According to the South African website news 24, a missing person case was opened to trace the woman. “He (Sotetsi) made several attempts to meet his girlfriend and children, but he did not disclose his whereabouts and the status of his children,” the statement said.

“The current uncertainty and public discourse about the children is of great concern to the family, especially in the absence of any evidence of their existence, other than phone messages and WhatsApp from the mother.”

“The family has resolved and concluded that there is no tenfold between Tebogo Tsotetsi and Gosiam Sithol, until proven otherwise and apologize for any inconvenience and embarrassment.”

On the Times Live website, family spokesman Russell Baloi said the mother’s whereabouts are unknown. “We realized that as confused as the situation was for the country, given the controversial statements, it is time to put it aside and act on the facts,” he said.

“In terms of pregnancy, the reality is that the mother was pregnant”, but it is not known how many more children there are. At first, doctors believed the woman was expecting six children, and Tebogo said at the time that he found her “unbelievable” as well.

At the time the birth was announced, the hospital had not confirmed the birth of the babies. The South African government’s director general of communications, Phumla Williams, said in a statement that she was unable to contact the family. “The government is aware of the reports but is yet to confirm the fact,” he said.