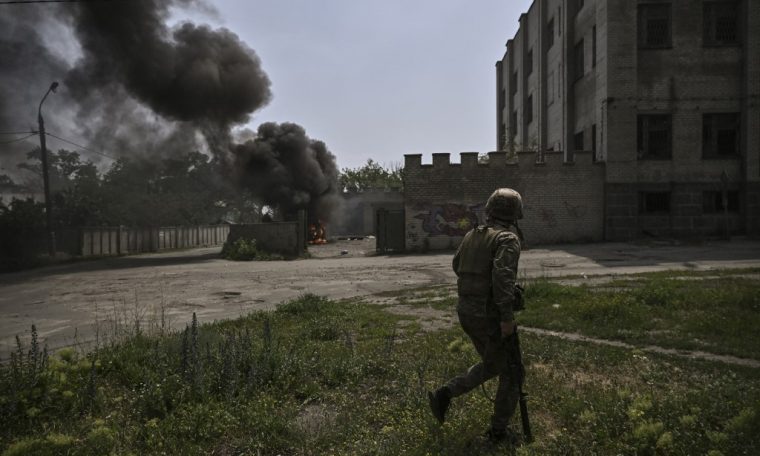 According to Severodnetsk’s head of administration, Oleksandr Stryk, more than a third of the city is under Ukrainian control, while the other two-thirds are dominated by Russians.

Eris Messinis / AFPA Ukrainian soldier walks in front of a burning vehicle during an artillery duel between Ukrainian and Russian troops in the city of Lisichansk in the Donbass region of eastern Ukraine.

Russian military on Sunday blew up a bridge connecting the city of Severodnetsk Ukraine, according to the local authorities, the other cities in the area. With this, a possible escape route ended in an area that has been the scene of intense fighting for control of the eastern side of the country. According to ReutersSerhi Gaidai, governor of Luhansk province, said Ukrainian and Russian forces continued to fight on Sunday and that only three bridges stood in the area, reducing the number of routes that could be used for the evacuation of civilians. According to the head of administration of Severodnetsk, Oleksandr Stryk, more than a third of the city is under Ukrainian control, while the other two thirds are dominated by Russians.