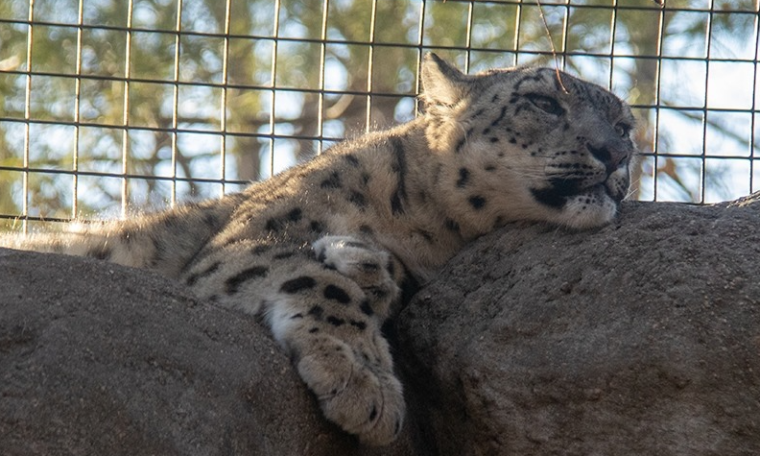 “Our leopards, Rainy, Everest and Makalu, were loved by our entire community inside and outside the zoo,” the organization said in a Facebook post. “This loss is really painful and we are all in mourning together.”

Snow leopards are native to mountainous areas Asia According to the World Wildlife Fund (WWF), the species is considered to be in the middle and vulnerable to extinction.

Last month, the zoo said Sumatran leopards and their tigers tested positive after showing symptoms consistent with those caused by the virus. The zoo said at the time that the animals were treated with steroids and antibiotics to prevent secondary infection.

“The Sumatran tigers Axl and Kumar have apparently made a full recovery from their illness,” zoo officials said on Friday. According to the US Centers for Disease Control and Prevention (CDC), COVID-19 has been detected in several mammals including big cats, primates, ferrets and minks.

The zoo remains open “and takes every precaution to prevent the spread of COVID-19 to humans and animals,” it reported on Facebook.

“We will continue to follow the guidelines of the American Association of Zoo Veterinarians (AAZV) and the CDC to ensure the safety of our animals, staff and community,” the publication said.

A snow leopard at the San Diego Zoo tested positive in July and three snow leopards at the Louisville Zoo were infected with the disease last December.