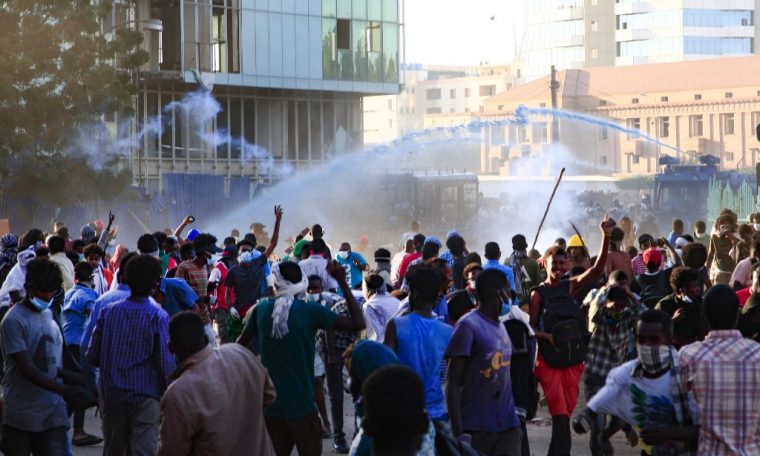 The Sudanese Doctors’ Committee said on Saturday that a security force “stormed” a hospital in the coastal city of Port Sudan and arrested medical workers and injured protesters.

stated in the committee statement “A police force in search of protesters stormed the Port Sudan Teaching Hospital, and arrested a wounded revolutionary and several medical personnel who stood to face the attack.”

He further added, “This incident is added to the series of documented incidents with attacks on health facilities, patients, injured and medical staff near us in the Integrated Office of Doctors.”

The committee described what happened as “a clear violation of basic human rights and the right to life,” noting that “this was the second incident during the day after the attack on the Khartoum hospital.”

Another attack on health facilities

Coup militias continue their major breaches in the health sector, and a police force stormed the Port Sudan Teaching Hospital in search of protesters. #millionDecember25 A wounded revolutionary and several medical personnel who suffered the attack were arrested. pic.twitter.com/shmcrcoRup

The Sudan Doctors Committee said earlier on Saturday that an armed force had attacked Khartoum Teaching Hospital and beat up medical staff working there and sick and injured people in protests.

He indicated that the armed forces fired tear gas canisters and sound bombs inside the hospital premises.

“Protest committees” in Sudan announced an end to demonstrations today, Saturday, and called for new demonstrations next Thursday in front of the Republican Palace.

According to the al-Hurrah correspondent, protesters marched towards the Republican Palace in the Sudanese capital Khartoum, where they removed concrete barriers closing the road amid violent clashes with security forces.

Thousands moved to the Sudanese capital Khartoum and its suburbs and scattered cities.

Protesters march in Khartoum to inform The area around the Republican PalaceAccording to the al-Hurrah correspondent, he removed concrete barriers closing the road amid violent clashes with security forces.

The al-Hurrah correspondent confirmed that the protesters reached the central area of ​​Khartoum and approached the Republican Palace despite security reinforcements and heavy tear gas firing.

It quoted medical sources as saying that at least one protester was injured in the clashes.

The demonstrations marked the one-month anniversary of the seizure of power by the army chief, Lieutenant-General Abdel Fattah al-Burhan, in what he described as “military rule”.

it has been reported Reuters and Agency France-Presse Internet and mobile phone services were snapped in Sudan as security forces roamed the capital Khartoum and closed bridges connecting it to its suburbs.

Reuters and AFP reported that internet and mobile phone services were cut in Sudan as security forces roamed the capital Khartoum and closed bridges connecting it to its suburbs, while opponents of the military authorization on Saturday Demonstrations were called.

There were also demonstrations in Madani, some 150 kilometers south of Khartoum, Atbara in the north and Port Sudan in the east, according to AFP eyewitnesses, that protesters used phrases condemning General Abdel Fattah al-Burhan as well as the prime minister. pronounced. , Abdullah Hamdok, waving Sudanese flags while I gleefully shouted the post.

The demonstrations come less than a week after the third anniversary of the start of the “revolution”, which forced the military in 2019 to end 30 years of Islamic military dictatorship during the era of Omar al-Bashir, and a The decisions taken by al-Burhan with the passing of the month.

On 25 October, al-Burhan announced the dismissal of Hamdok’s government and the dissolution of the Sovereignty Council, the two governing authorities during the transitional period that is believed to lead to the handing over of power to a democratically elected civilian government in 2023. goes.

Although Hamdok was returned to his post on 21 November without his government, according to a political settlement with him, this agreement did not satisfy the Sudanese road, which is now seeking purely civilian rule.