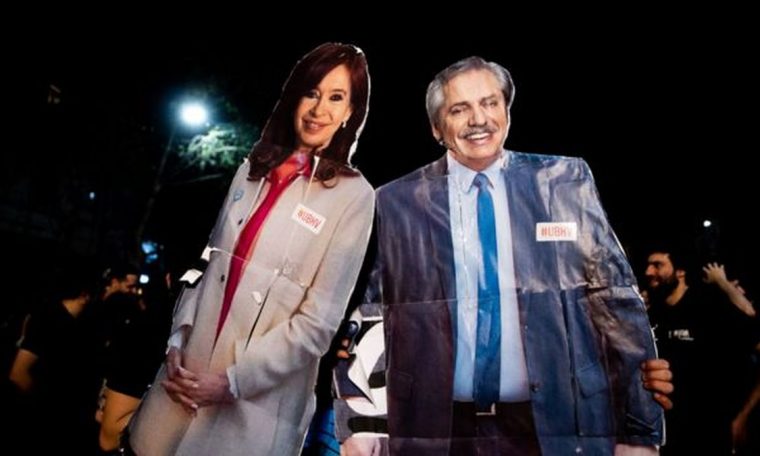 Argentina is experiencing political tensions involving President Alberto Fernández and his vice president, former President Cristina Kirchner, in a public arm wrestling match, which involves the direction of the economy and highlights the split in the coalition that has been pointed out as Gone has been the hope of regional leftists against the traditional right.

On Thursday (16 September), four days after the government’s defeat in the primary elections held before November’s legislative elections, the political and ideological distance between the two was highlighted, first of all, in statements by a Kirchnerist deputy, who called Fernández. Was called ” neo” (neoliberal) and “occupiers” (invaders) of Casa Rosada.

A day earlier, the mass resignations of five ministers loyal to the former president and defining themselves as further left on the left were announced. Among them, the Minister of the Interior, Eduardo ‘Vado’ de Pedro, whose parents were political activists and were assassinated during the military dictatorship (1976–1983).

On the same Thursday, shortly after the release of statements made by Kirchnerist deputy Fernanda Vallejos, Cristina published a lengthy letter on her social network criticizing the president and his administration. She suggested that Fernandez’s administration was following a guideline that they should avoid and which is often associated with authority.

“I told (Fernandez) that I thought that a fiscal adjustment policy was being implemented that was not sufficient, that it was having a negative impact on economic activity and, therefore, on society as a whole and, without a doubt, This will have electoral consequences”, wrote the Vice President.

She said she had told the president that Argentina was facing wage losses, a lack of work and “uncontrollable prices” and that this situation should change. Argentina’s inflation, in twelve months, was recorded at 51.4%, according to official data released this week, including a 2.5% index in August.

According to the National Institute of Statistics and Census (Index), prices had risen 32.4% in the first eight months of this year alone. The data exceeds the 29% forecast for the full year in the government budget. According to official statistics, the poverty rate, in turn, is about 44%.

When Fernández and Cristina took the presidency, during the government of former Argentine President Mauricio Macri, an opponent of Kirchnerism, Argentina was already registering high inflation and poverty. The situation was aggravated during the new coronavirus pandemic and in the past, according to surveys by the International Monetary Fund (IMF), Argentina’s economy shrank by about 11% and together with Peru the region recorded one of the worst indicators – Except for Venezuela, which, according to the international organization, will have a return of more than 20%.

In the letter, the Vice President also recalled that Fernandez had come to the presidency because she was the only one who had chosen him as the candidate for Casa Rosada.

“I did (the election) with the certainty that it was the best thing for my country. I only ask the President to respect this decision,” he wrote. According to the Buenos Aires newspaper Pageina 12, Alberto Fernández responded by saying: “She knows me. She knows I am not under pressure.”

The duel between the President and the Vice President, which was talked about behind the scenes of Argentine politics, gained public domain after the government’s defeat in the primaries that defined candidates for the November 14 legislative elections.

It was an “electoral defeat (for Kirchnerism)” without precedent in a legislative election, Christina said, calling the result a “political catastrophe”.

On Sunday, in a result that took both the government and the opposition by surprise, the opposition Front Juntos por el Cambio (Together for Change), joined by former President Mauricio Macri, often referred to by Kirchnerists as “neoliberal”, got around 40%. national vote.

The ruling coalition Fronte de Todos received 31% of the vote. The rest of the vote was distributed between those who define themselves as “pure left” (5.8%) and so-called “third way” (4.4%).

In an interview with the US TV channel from Buenos Aires, Economy Minister Martin Guzmán denied that he had made a fiscal adjustment and said his measures were being taken to “settle” the economy, given the heavy legacy he had taken. Said, the macro obtained from.

Guzmán has been defined as the government’s chief negotiator with the IMF, with whom it is trying to reach an agreement for a loan of US$44 billion – the organization’s record debt – contracted during the Macri government.

For political analysts of various trends, the difficult state of Argentina’s economy was one of the factors in the election results of the primaries and could have caused the government to lose the parliamentary election in November, when the Chamber had half its seats. Deputy and one will be renewed. Third of the Senate and will be defined as whether the government will maintain a majority in Parliament.

In an article this Friday in the Buenos Aires newspaper La Nacion, political analyst Sergio Berensztyn said the outlook for the government is “optimal, political, institutional and bleak in economic terms” given the economic and economic situation. The “political crisis” involving the president and his vice president.

“The situation became more difficult for the government and the president after the release of images of the birthday of the first lady (Fabiola Yánez) last year, when the country followed the presidential orders, but did not follow the necessary centro de itself. Roscendo Fraga, political analyst at Estudios Nova Maoria, said.

Photos and videos of the commemoration surfaced about a month ago and were recorded in July last year, when a presidential decree called for a ban on social isolation and meetings. At the time, Fernandez’s popularity rate was high with levels above 60%, and now, depending on the survey, it would be between 30% and 35%.

News about the celebration at the presidential residence in Olivos prompted the former President of Uruguay, Jose “Pepe” Mujica, to declare a reference to the left: “The President cannot be forgiven”. In other words, something unforgivable. This Friday, the Uruguayan newspaper El País published an article saying that following Cristina’s letter, Fernández would either be “submitted” to Cristina or an independent person.

Alberto Fernandez had already been criticized last June, when he said Brazilians “came from the woods” and Argentines “by boats”. According to advisers to BBC News Brasil, he has a knack for improvisation and this would have been a “failed act”. According to the local press, internal and external results prompted his allies to tell him not to speak up for reforms anymore.

At the height of the president’s popularity, representatives of left-wing social movements in Argentina claimed that an “albertismo” was being born, which would strengthen the arms of traditional Peronism, and Kirchnerism, founded by former president Juan Domingo Perón in the 1940s. That emerged from the election of former President Nestor Kirchner in 2003.

Kirchner was Christina’s husband and died in 2010. President Fernández took a number of measures that were praised by the left, such as deporting former President Evo Morales, right after Bolivia’s troubled electoral process in 2019, and during campaigning to meet with former President Luiz Inácio Lula da Silva With former foreign minister Celso Amorim in prison in Curitiba.

However, two years after his term began, the Left circles started questioning him. “The economic crisis speaks louder,” Fraga said. This will be a reason for the return of almost daily demonstrations led by social movements such as this Friday in the city of Buenos Aires.