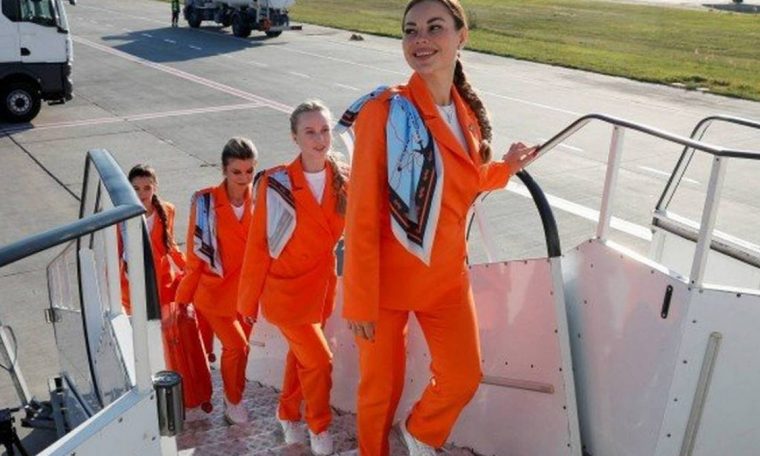 Many airlines have already lost labor lawsuits because of sexist demands, such as requiring women to wear makeup, high heels and skirts, even when they are uncomfortable.

Contrary to the standard, Skyup Airlines, a private Ukrainian airline, decided to include sneakers and suits along with pants in its dress code.

The company took the initiative after hearing feedback from flight attendants about their uniforms: “Heels are beautiful, but feet swell at the end of the flight,” said one.

“If the crew needed a water landing and evacuation, the heel could damage the ladder and it would not be comfortable to swim in the skirt,” said another.

The company said it researched the history of crew uniforms and decided to drop “conservative” elements of flight attendants’ looks.

Since then, braids will now replace buns or tight ponytails; stiletto heels can be replaced with white sneakers; And pencil skirts will give way to loose orange suits with trousers and silk scarfs made by Ukrainian brands. The new uniform will be officially released on October 22.

“Although the image of a female flight attendant is very romantic, her job requires a lot of physical training,” said Marianna Grigorsch, marketing head at SkyUp Airlines.

Grigorsch said the company also plans to launch a new uniform for the men’s crew: a lighter suit instead of a vest, and a T-shirt instead of a shirt, which will be paired with black sneakers.

See also  23% increase in COVID cases in the US; Brazil is among exceptions, says Opsa