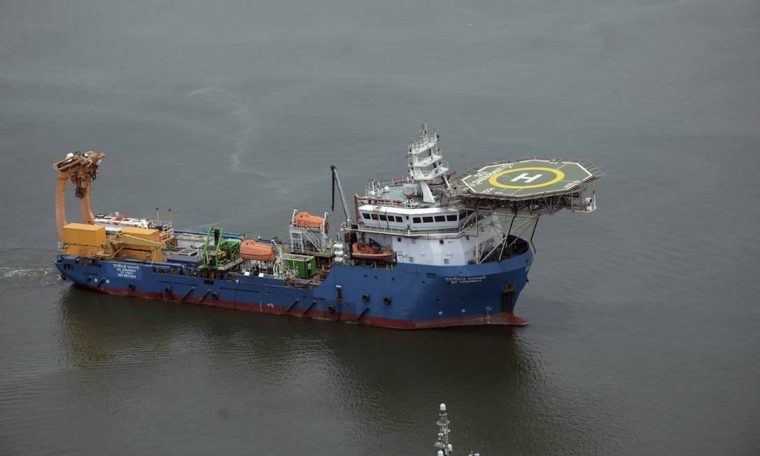 JACARTA – The United States and four other countries have sent assistance to search for Indonesian submarines Missing with 53 crew., last Wednesday. Searches on the ship, however, have reached a critical stage due to the limited supply of oxygen on board, which according to local authorities should only last until this Saturday.

At dawn on Friday, rescue aircraft and ships crossing the sea north of Bali may receive submarine signs. Although nothing conclusive has been found, Chief of Naval Staff Yudo Maragano said an object with “high magnetic strength” was found at depths of 50 to 100 meters. It was not clear whether the object was suspended or under the sea.

Race against time: Submarine has 72 hours of oxygen stock

An aerial search also detected an oil leak near the submarine’s dive site, which, according to the Navy, could be a sign of damage to the vessel or from the crew. According to Navy analysts, when this submarine sank for some inexplicable reason, there may also be a request for help sent by the crew.

Several countries, such as Australia, Malaysia, India, Singapore and the United States, responded to requests for assistance by sending special ships or aircraft for searches in Indonesia. The Pentagon said that US Secretary of Defense Lloyd Austin spoke to his Indonesian counterpart and offered additional help, which may include underwater search equipment.

Meanwhile, two Australian ships including an auxiliary vessel and a sonar capable frigate were heading for the search area, the Defense Department said in a statement.

See also  Are you professionally happy? Meet the Anti-Work Movement

The diesel-powered submarine can withstand depths of up to 500 meters. In addition, the dive can be fatal, according to a Navy spokesman. The Bali Sea, where contact with KRI Nangla-402 was lost on Wednesday during military exercises, can reach depths of more than 1,500 meters.

A pilot of the Indonesian Air Force said six tons of equipment were flown into a base to aid in the search, including underwater balloons that serve to lift ships.

“We have not yet found it, but we should be able to find the location with the available equipment,” Indonesian Army spokesman Achmad Rayad said at a news conference.

The Navy estimates that blackouts may occur during a steady dive, causing loss of control and stopping of emergency procedures.

“The top priority is the safety of the 53 crew,” President Joko Widodo said Thursday night, for a total effort to find the vessel.

Indonesia is the world’s largest archipelago, but its fleet is old. In the past, the country operated a fleet of 12 submarines purchased from the Soviet Union to patrol the waters of the wider archipelago. It now operates five – two German-built Type 209 submarines and three new South Korean ships.

According to the Ministry of Defense, the missing 1,395-tonne submarine was built in Germany in 1977 and joined the Indonesian fleet in 1981. The equipment was completed in 2012, undergoing a two-year renovation in South Korea.