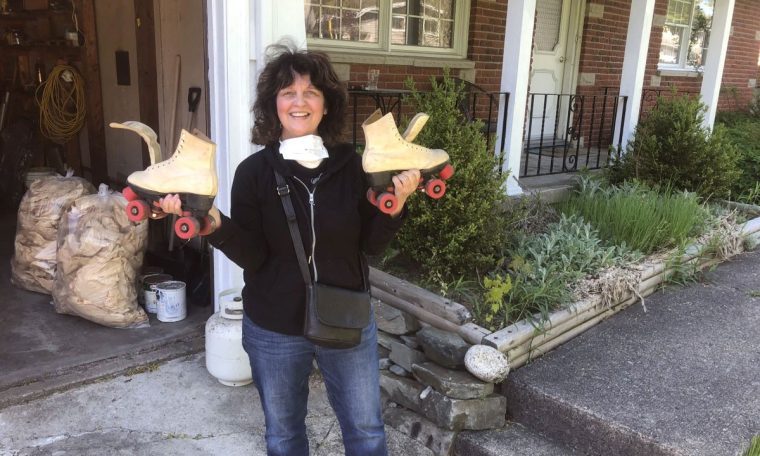 Renee Forrestal decided to return to skating at the age of 60 after years of no practice. When buying a pair of vintage skates online, after being disappointed by the more modern models, she was shocked to learn that she had owned them four decades earlier.

In a video that garnered nearly two million views on Tiktok, this Canadian woman told how she met a part of her past.

“I decided to try skating again for the first time in 40 years. I bought a pair and wore them for a week. I was disappointed they weren’t as good as they used to be. So I looked for an old one. Decided to pair,” she wrote.

Forrestall found an ad posted online two hours ago. The owner didn’t know the size, but they were very similar to what she had as a teenager.

“I tried them on and they were a perfect fit. When I looked inside, I had my name written in my handwriting. I cried.”

The man who sold Forrestal the skates, James Bond (his name according to the American show “Today”), said he kept the pair as part of his mother’s estate.

In a box, he also found a book from a library where Forrestal worked when he first sold skates. According to him, he worked on the site while attending an art college that hosted a student fair where the pair was sold.