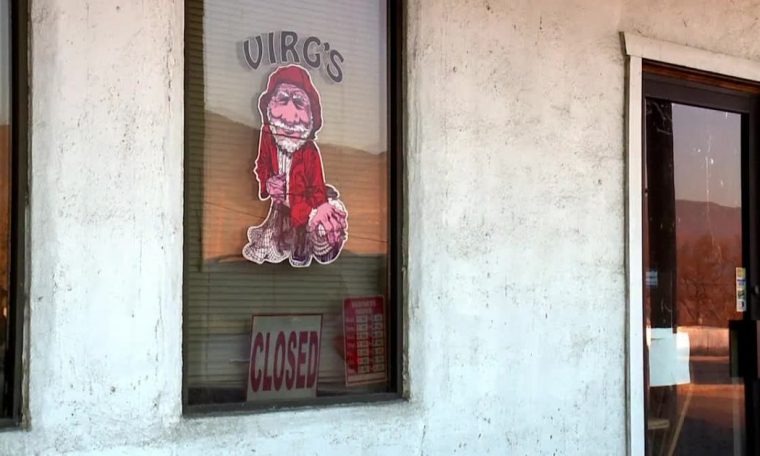 ERDA, Utah – Verda’s, an ERDA restaurant, has been serving Twill County residents for more than two decades. On Sunday, they announced that they would close their doors by the end of the year.

Last year, the Church of Jesus Christ of Latter-day Saints purchased the property, and the surrounding area where the restaurant is located. Development of a new temple. The development was later halted by a community community petition after concerns were raised about the construction of the temple and nearby housing.

Last month, the church told Virg owner David Law he would vacate the building by the end of the year. He posted a letter to the restaurant on Sunday informing customers that the doors would be closed soon.

“I worked there for nine years, and the boss died, so I bought it from his wife.”

She opened Arda Sthan in 1997, and has been serving the community since then.

“It’s over half my life!” The law said emphatically. “I met my wife here.”

She said that the restaurant, and the tulle community community, are very important to her and her family.

“I have a client who was pregnant when she was born, and had a baby,” she added. “Everybody’s celebrated his birthday here since that day, 23 years later today.”

The law states that he will likely have to relocate when the property was purchased by the property in 2019. So far, they have allowed him to rent the property on a monthly basis.

He tried to negotiate an extension on a monthly lease, giving him more time to find a new location. But he and the church could not come to an agreement.

The law says the hardest part about shutting down is notifying its employees that they will no longer have a job just before the holidays. He said some of his staff have been with him for over a decade.

“I’m begging you not to let me fire everyone for Christmas,” the law said.

With increasing economic pressure from the epidemic, he said the Arda location has helped keep doors open at his other restaurants in the Salt Lake Valley.

Although he has other locations, Law said it would not be easy to close the doors at Erda’s restaurant.

In a statement sent to FOX 13, a church spokesman, Daniel Woodruff, said:

The church bought the land in Erda, where Verge is located in July 2019. The restaurant did not have a formal lease at the time. Since then, we’ve allowed Viraj to stay on the property on a month-to-month lease, encouraging him to find a new place. Last month, the church issued a notice to end the month-to-month lease, effective December 31. We wish the owners of the barrage all the best as they move to a new location. “

The law continues to search for a new site for semen in the Tuali Valley, but says nothing has worked due to the economic effects of the epidemic. He said he hopes to reopen sometime in the future. At the moment, that date is still unknown.