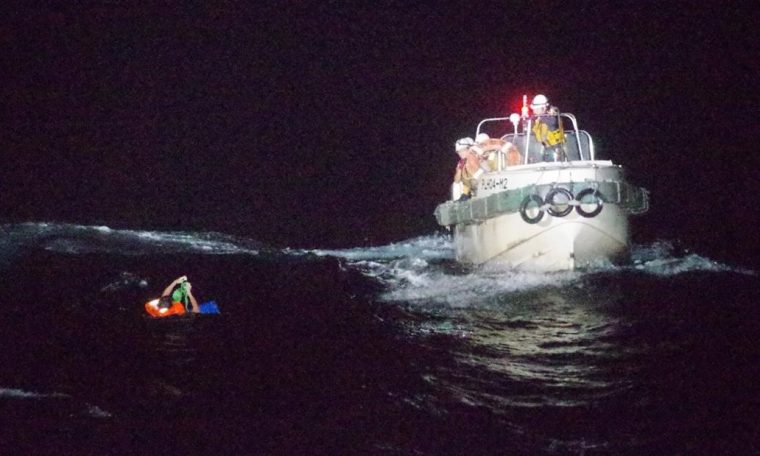 Gulf Livestock 1 sent a distress signal early Wednesday when it was about 185 kilometers (115 miles) west of Amami Oshima Island, between Japan’s southernmost main island of Okinawa and Kyushu.

The area in the East China Sea was ravaged by a powerful hurricane, equivalent to a Category 4 hurricane, with winds of at least 130 miles per hour tying the hurricane at the time of the ship’s disappearance.

The rescued sailors were found in the water late Wednesday night after more than half a day. The coast guard said he was in good condition.

According to officials in Japan, New Zealand and Australia, the 133.6-meter-long (438-foot) ship, built by 39 Filipinos, two New Zealanders and two Australians, was en route from Napier, New Zealand to Tangshan, China.

He left New Zealand on August 17 with more than 5,800 cows, according to the New Zealand Ministry of Foreign Affairs and Trade.

The Philippine Foreign Ministry said its embassy in Osaka was monitoring the general situation and liaising with the Japanese Coast Guard, which was launching a second search and rescue mission.

Another hurricane in the region, Typhoon Hassan, is expected to be as strong as a Category 4 hurricane by the end of the week. It is expected to threaten Kyushu on Sunday, and will likely affect the Korean Peninsula on Monday.

The Japan Meteorological Agency is warning that the storm could be the third largest to hit the country since the record began nearly 70 years ago.

An animal rights group in New Zealand said the Gulf Livestock 1 incident illustrates why the export of live animals should not be allowed.

“These cows should never have been at sea. To make matters worse, they could all be pregnant,” said Marian MacDonald, campaign manager for the animal rights group Safe NZ.

“This is a real crisis and our views are with the families of the 43 crew members missing along with the ship. But questions remain as to why this business has been allowed to continue,” McDonald said in a statement. Said in a statement.