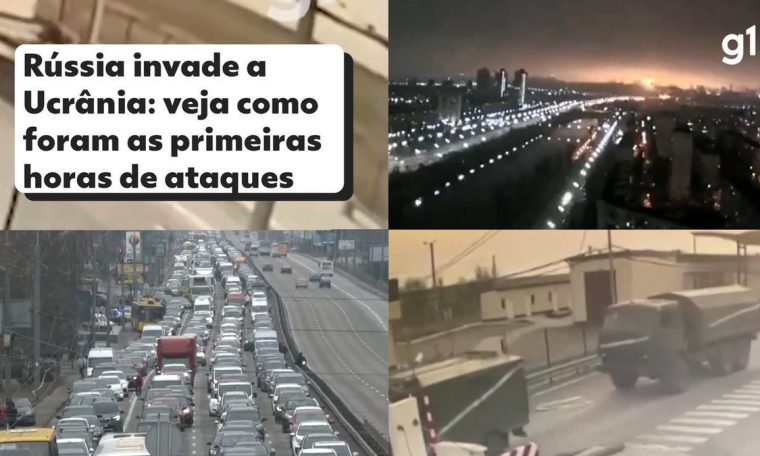 Amid tensions in Eastern Europe, A new cyber attack has been launched to erase data from computers Ukraine, The action was identified Tuesday (23) by digital security companies ESET and Symantec.

They claim the attacks involved a new malwareA type of file whose function is to attack other devices, More specifically, it is a date wiper (Data Cleaner, in a free translation).

Malware Victims Ukraine A government agency and a financial institution are involved, according to Reuters news agency sources.

ESET reported Twitter that their analysis shows that the malware was installed on hundreds of computers Ukraine, The company analyzed the first sample of the content at around 12:00 PM ET on Wednesday.

according to him, The file was compiled on December 28, 2021, This shows that the preparations for the cyber attack have been going on for at least two months.

Symantec researcher Vikram Thakur told Reuters the attacks had already reached other countries. “We see activity Ukraine and on Latvia“, he said. The company later said that malware had also been identified Lithuania,

Cybersecurity companies haven’t indicated the likely source of the malware used in the attacks on the computers. Ukraine, Russiawho has already been accused of carrying out other cyber attacks UkraineDenied allegations that he was behind the action.

On Wednesday, the websites of the government, the foreign ministry and Ukraine’s security service were down. According to the country, they were the target of a Denial of Service (DDoS) attack.

DDoS is a type of cyber attack where criminals use multiple machines to send requests to overload the server and prevent it from being used by real users.

The same day, the Ministry of Digital Transformation reported that another DDoS attack had been identified against banks in the country. The agency did not specify which banks were affected by the action.

The map shows the location of Ukraine in the world — Photo: Arte G1