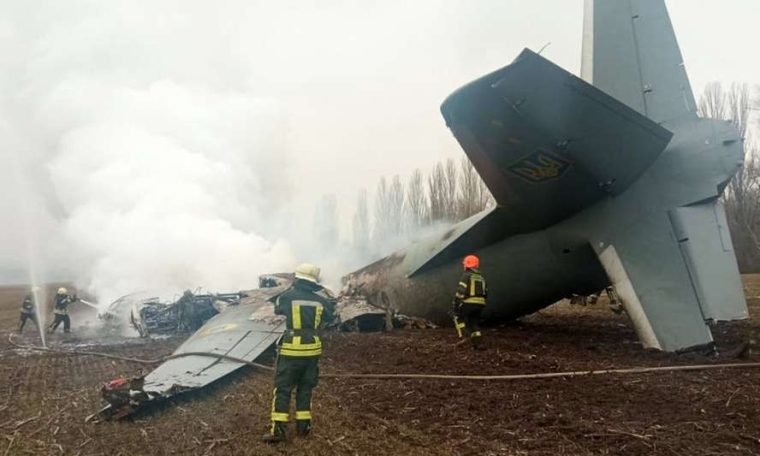 One Ukrainian military aircraft Fell on this Thursday (24) in Tripilia town, about 50 kms away south of Kiev, According to the information confirmed by the capital of the country emergency service. There were 14 people on board, but the agency did not elaborate on the condition of the crew.

On the other hand, the Russian military claimed that it destroyed anti-aircraft defense systems and abandoned Ukrainian bases “out of order”, It was further reported that “the civilian population has nothing to fear”, although Kiev has reported several civilian deaths.

However, the danger doesn’t just come from the sky. The Ukrainian border guard announced Russian ground incursions at various points as well as in the broken area of ​​Lugansk from the east.

Hardened by eight years of armed conflict with pro-Russian rebels, the local population is very clear about what to do in this scenario. “If they continue to bombard us, I will find weapons and defend my homeland. It does not matter that I am 62 years old,” promised Vladimir Levashov, a resident of Chuguayev.

The Ukrainian army is ubiquitous on the main streets in the east. A convoy of vehicles carrying the Ukrainian flag in yellow and blue is stopped between Krematorsk and Kharkov.

In Mariupol, 300 km away, powerful explosions rocked the main port city in the east of the country. In this area, close to the front line, the return of the civilian population begins, in villages such as Zoloty and Gorsky.

“We will move the population to the nearest railway station,” announced civil defense spokesman Alexei Babachenko.

Further, in the municipality of Novotoshkovka, withdrawal is no longer possible. A few hours after the start of the attack, Russian artillery fire is very intense, and communication is complicated.

Babchenko described “the offensive is going on along the entire demarcation line in the Lugansk and Donetsk regions,” and added that “fighting is taking place everywhere.” “We are yet to get information about the victims as there is no contact with the area,” he said.