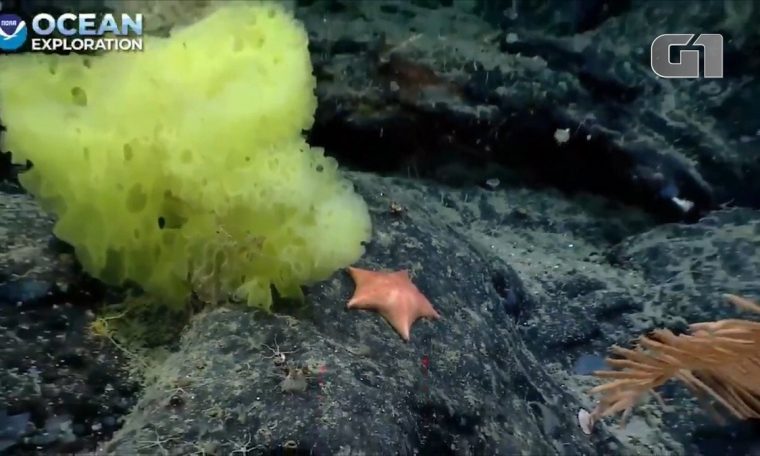 From cartoon to real life: scientists from the American Oceanic and Atmospheric Agency (NOAA) found Sponge Bob and Patrick from the Atlantic Ocean. A yellow sponge and a pink star – features very similar to the characters in the animation – Records were made during an expedition less than 400 km from New York.

Biologist Christopher Month posted the surprising meeting during a broadcast of the scientists on his social network, saying he doesn’t usually make such correlations. However, he admitted that they are: “Sponge Bob and Patrick in real life!”

Researcher Mah, from NOAA and the US National Museum of Natural History, said the friendship between species is not so beautiful. In another post, he showed a picture of a starfish eating a sponge. Anyway, he said that it is curious that both are similar to the color chosen by the cartoon, which is not so common to find.

The images were captured in the last week of July during a NOAA expedition exploring the deep sea and little-known areas off the east coast of the United States. Scientific teams worked for the first time to observe parts of the ocean floor at depths of 250 to 4,000 meters. In the case of Bob and Patrick, they were found at a distance of 2,000 metres.