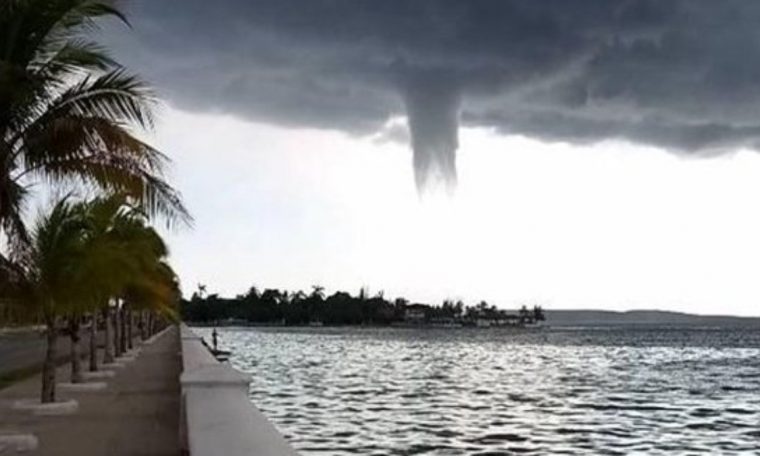 Last Saturday (16) a meteorological phenomenon called waterspout was recorded by residents of Cienfuegos, Cuba. The episode took place under the sea and was posted on social media. Eye:

A rare tornado-like waterfall has been recorded in Cuba today! According to the Cienfuegos Provincial Meteorological Center, the waterfall was seen between 4:50 pm and 5:00 pm (local time). No damage was reported. pic.twitter.com/qGGPwtSkYV

According to the Cienfuegos Provincial Meteorological Center, the waterfall was seen between 4:50 pm and 5:00 pm (local time) and did not cause any damage. Although frightening, the Meteorological Center said the event is generally much weaker than a terrestrial tornado.

Waterspouts are formed by a rotating column, containing large amounts of steam and water, in dense moving clouds, forming a cone whose base is upward and does not reach the ground.

Waterspouts that emerge in Cuba are called ‘Torba Waterspouts’, which are accompanied by storms, lightning and can even cause destruction if they do not reach land.

According to experts, this phenomenon usually occurs in coastal areas and tropical and subtropical waters, however, it can also occur in temperate climates such as in some places in Europe or the Great Lakes of North America.