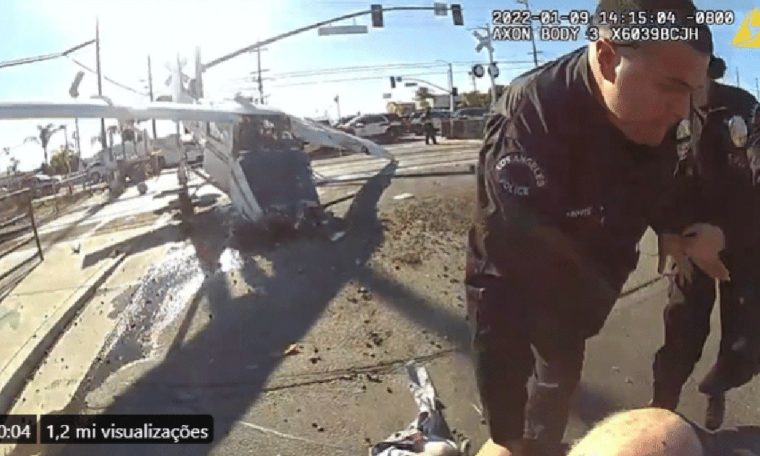 the police shifts
Last Sunday afternoon (09) managed to save the pilot of an injured aircraft from being hit by a train. The images were recorded by the body camera of one of the security agents. See rescue:

Officers of the Foothill Division displayed gallantry and quick action by saving the life of a pilot who made an emergency landing on the railroad tracks on San Fernando Road. and Osborne St, just before an oncoming train collided with the plane. pic.twitter.com/DDxtGGIIMo

Trapped in the plane’s wreckage, the bloodied pilot was rescued from the crash site with the help of a group of police officers. Within seconds after leaving the railway line – in the Pacoima neighborhood, near San Fernando/Osborne station – a train appears and passes over a single engine.

Before the pilot is removed, it is possible to hear shouts of “go, go, go” from one of the people involved.

according to portal New York Post,
The plane crash happened due to power outage. The local police stressed on the “valor” and “swift action” of the officers for carrying out the rescue operation in time.