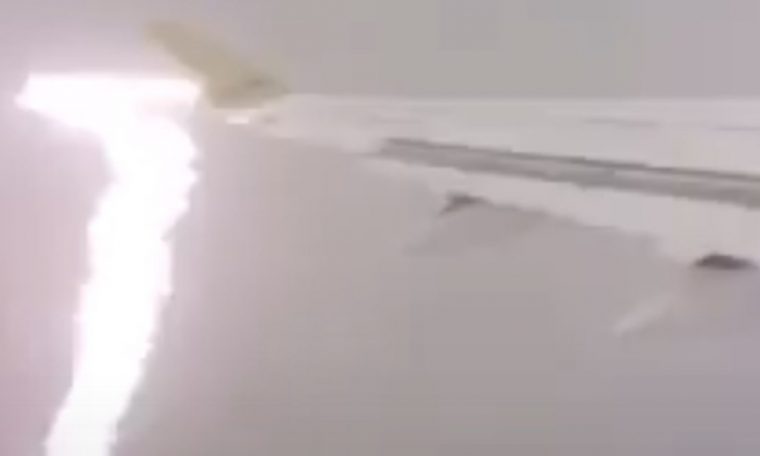 a passenger who boarded a flight from Estonia Spain
On Saturday (06), Air Baltic recorded the exact moment a lightning struck the plane’s left wing. according to website Aviation Herald,
The episode left no injuries. Watch the moment of impact:

The aircraft in question is a Bombardier C-series CS-300 – also known as the A220-300 after it was acquired by Airbus – and the aircraft took off from runway 26 at Lennart Meri Airport in Tallinn, Estonia.

Data from the Redaxbox platform showed that the collision occurred when the passengers were 2,400 meters off the ground. That is, the beam reached the wing only 4 minutes after takeoff. The pilots returned to the airport immediately after the incident and changed the aircraft. This is because, when an aircraft is struck by an electrical discharge, the stored energy is dissipated.

As a result, parts of the aircraft’s metal structure may overheat or be damaged due to the high intensity of the electrical energy dissipated. The aircraft in question will remain on the ground until the manufacturer performs an inspection of the aircraft’s structure and preventive maintenance.