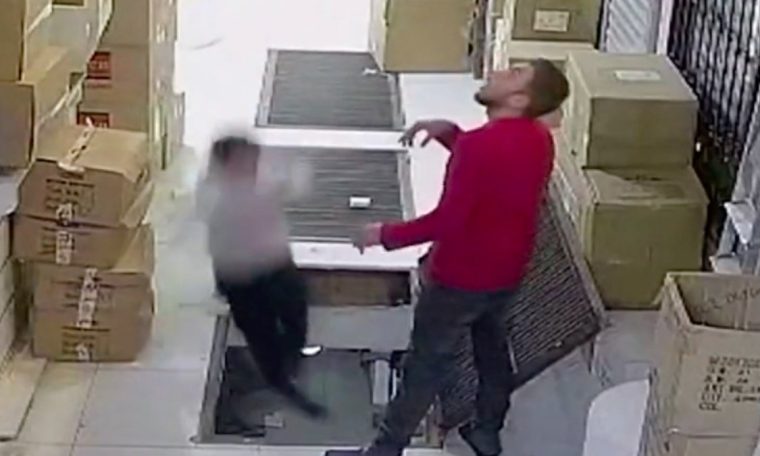 A young man unexpectedly survived by falling into a trap door in Turkey. While walking while he was playing with his cell phone, 19-year-old Abdullah Mut did not notice a hole in the ground and fell. The fall was prevented by a pile of boxes on the lower floor.

In the pictures shared on social media, it can be seen the moment he falls and then leans on the boxes, thereby avoiding serious injury.

CCTV footage in Turkey captured images of a young man, distracted by his phone, falling into a storage hole and being rescued from a pile of boxes. pic.twitter.com/RAGpwcbeEJ

According to the Daily Mail, the incident happened last Monday (14) in a shopping mall in Istanbul, when a driver was delivering goods. The young man said he “doesn’t know how it happened”.

“I don’t know how it happened. I had my phone in my hand and was busy with work at the time. I didn’t see it and I fell. I landed on a pile of boxes. They were unloading stuff. That day. Then I went back to his office”, he told the British portal.