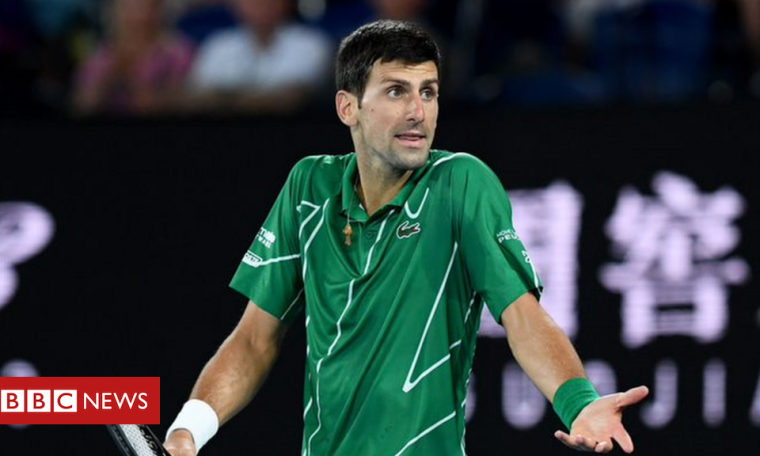 While people around the world followed the Australian government’s decision to revoke the visa of Serbian Novak Djokovic, world No. 1 tennis player, based on the country’s vaccination rules against Covid-19, Brazilian Thiago Monteiro for the Australian Open normally trained.

At number 83 in the world ranking, Monteiro could not stop participating in the competition, especially since he would receive US $ 100 thousand for playing his first match. But it was not Australia’s strict policy that prompted the Brazilian No. 1 to get his shots on time to participate in the first Grand Slam of 2022.

“My decision to get the vaccine had nothing to do with the Australian Open. It was about protecting myself and saving others,” Monteiro told the BBC.

Like in Brazil, more than 95% of the top 100 players in the tennis rankings received two vaccines against COVID-19, according to the unit responsible for the men’s circuit, the ATP (Association of Professional Tennis Players).

However, this rate was reached in October 2021 after the Australian Open announced its mandatory vaccination policy. Before the announcement, the percentage of men’s players twice vaccinated was very low: 65%.

The most recent data released by the WTA (Women’s Tennis Association), which is responsible for the women’s circuit, shows that more than 80% of the players were double vaccinated. As of January 6, 2022, vaccine adoption was 85% in the world’s top 100 rankings.

Similar cases to Djokovic have been seen in other sports including basketball, golf and football. But why are so many elite athletes, people extremely careful about their health, so reluctant to get vaccinated against COVID-19?

It is a question that Thiago Monteiro himself struggles to answer. Although he declined to name allies who are reluctant to vaccinate, he admits it is shocking to hear professional athletes question scientific advice.

“I don’t really know what’s going on, but I suspect it’s all a result of misinformation,” he says.

Darren Britton, a sports psychologist at Solent University in the UK, says the first step in understanding vaccine reluctance is to examine how athletes are more concerned about their bodies than most of us.

“For athletes, their bodies are their most prized possession,” explains Briton. “Some of them are likely to be reluctant to get the vaccine if they haven’t received enough information or if they have been misinformed.”

“There were initial concerns, for example, if the vaccine could affect performance or even show up in anti-doping tests,” the psychologist says.

Last year, Djokovic said he was “against vaccination”. Experts believe the current situation is exacerbated when a prominent name, such as a Serbian, publicly questions the vaccine.

According to the NFL, more than 90% of its players have been double-vaccinated, but star Aaron Rodgers has controversially defended homeopathy as an alternative form of vaccination against COVID-19. He was also accused of dishonesty by publicly saying that he had been vaccinated.

There is also reluctance to have a vaccine in English football, and many matches have been postponed due to the outbreak of COVID-19 in teams.

In the United Kingdom, a survey conducted by the English Football League, the body responsible for divisions below the Premier League, revealed in late December that about 25% of the players in its 72 professional teams “do not intend to be vaccinated”.

In the Premier League, the top division in England, 23% of players were not fully vaccinated with two doses.

“We tend to think of athletes as superhuman, but they are vulnerable to misinformation or conspiracy theories,” explains Gavin Weeden, Professor of Sports, Health and the Body at Nottingham Trent University in the UK.

Weeden, who coordinates a new study program specifically focusing on athletes’ reluctance to vaccines, warns that athletes should not be singled out for criticism in the vaccination debate.

“We in the world will continue to have vaccine hesitation, even if Novak Djokovic hasn’t said anything about it,” he says.

‘I need to be educated’

While vaccination regulations from health officials, sporting bodies and even clubs have helped increase vaccination rates among athletes, Darren Britton warns that it is a solution that will help athletes be “vaccine ambassadors”. can undermine efforts.

“The more you try to make something mandatory, the more people are likely to protest,” says Britton. “If you want athletes to lead by example, you really need to make an effort to educate them.”

Not getting the vaccine was never an option for Thiago Monteiro. In addition to being a mother in critical health, she was shocked by the high number of deaths linked to COVID-19 in Brazil, where more than 620,000 people have died.

Without mentioning Djokovic, Monteiro says players should consider the consequences of their actions. “People can have their own opinion about the vaccine, even if it’s proven to be more than proven to save lives.”

“But I know a lot of people around the world are looking up to us. If we really have the power to influence them, let’s make sure it’s in a positive way.”