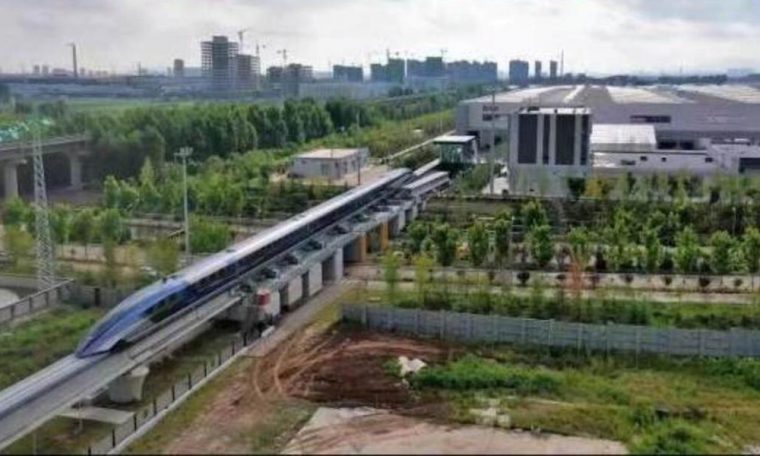 The event marks China’s latest scientific and technological achievement in the field of rail transportation.
Edit

China International Radio – China’s new high-speed maglev (magnetic levitation) train, which has an estimated top speed of 600 km/h, rolled off the production line on Tuesday (20). It is currently the fastest land vehicle available in the world.

The new maglev transportation system was first publicly launched in Qingdao, a coastal city in eastern China’s Shandong province. According to the China Railway Rolling Stock Corporation (CRRC), it was developed by China, marking the country’s latest scientific and technological achievement in the field of rail transportation.

Launched in October 2016, the high-speed maglev train project developed a magnetic levitation train prototype with an estimated maximum speed of 600 km/h in 2019, and a successful test run in June 2020.

The company said engineers have completed maglev transport system integration and the five-car train is working well on a test line inside the factory.

According to the project’s chief engineer Ding Sunson, the train could have between two and ten cars, each carrying more than 100 passengers.

Ding said the train offers the best solution for travel within a distance of 1,500 km, adding that it bridges the speed gap between planes and bullet trains.