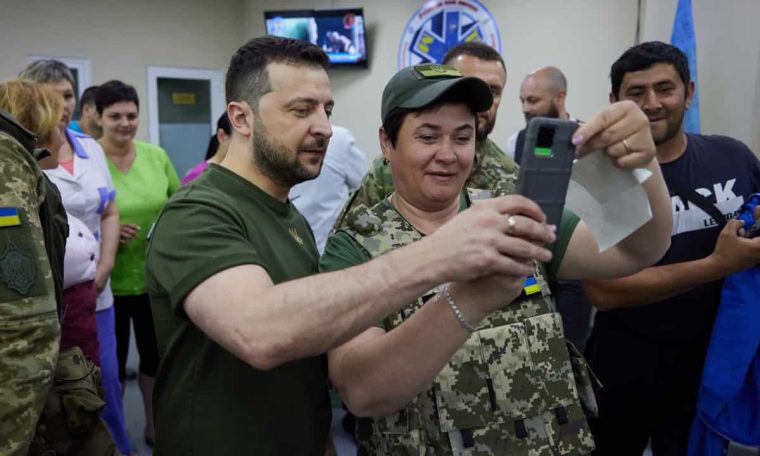 hToday “a truly historic week begins”, Zelensky announced in his daily video speech, adding that Ukraine will have “an EU response on candidate status”.

“Since 1991, there have been decisions as important for Ukraine as the ones we await today,” he said, adding that he is “confident that only a positive response is in the interest of the whole of Europe.”

The European Commission (EC) recommended to the Council last Friday that Ukraine be granted candidate country status for EU entry, “on the assumption that action will be taken in a number of areas”.

“We have a clear message, which is: Yes, Ukraine deserves a European approach, and yes, Ukraine should be welcomed as a candidate country,” European Commission President Ursula von der Leyen announced in Brussels. .

Portugal will follow the opinion of the European Commission to grant Ukraine this status, Portuguese Prime Minister Antonio Costa announced last Friday, a day after hearings with parties with parliamentary representation on the matter.

EU member states meet on Thursday and Friday to decide whether to officially grant admission status to Ukraine’s candidate, something that requires a consensus of 27.

Until then, “obviously, we expect Russia to intensify attacks this week,” warned Volodymyr Zelensky. “We are ready,” he said.

The Ukrainian leader said that the Russians were “realigning their forces towards Kharkiv (northeast) and Zaporizhia region (south)”. He added: “They are still bombing our fuel infrastructure.”

“We will respond to these attacks”, Zelensky assured, admitting “significant losses”. “Our army is protesting,” he said.

,[Os russos] Attempts were made to advance into the Toshkivka area, they were partially successful, but our artillery worked and we can say that the advance attempt was not successful,” said Sergei Gaidai, Governor of the Eastern Lugansk Region.

In Lysychansk, there are signs of preparations for battle in the street, soldiers digging trenches and laying barbed wire and police placing lit vehicles on the streets to prevent Russian forces from advancing.

The Russian Defense Ministry on Sunday claimed to have captured Metokine, outside Severodnetsk, and hit a factory in Mykolaiv to the south, “destroying ten M777 155mm howitzers and 20 armored vehicles, which would have helped the Kyiv regime.” Was supplied. Western”.

In the early hours of 24 February, Russia launched a military offensive in Ukraine, condemned by a large section of the international community, which responded by sending weapons to Ukraine and imposing sanctions on Russia.

Read also: “The challenges are huge, so many people are running in so little time”