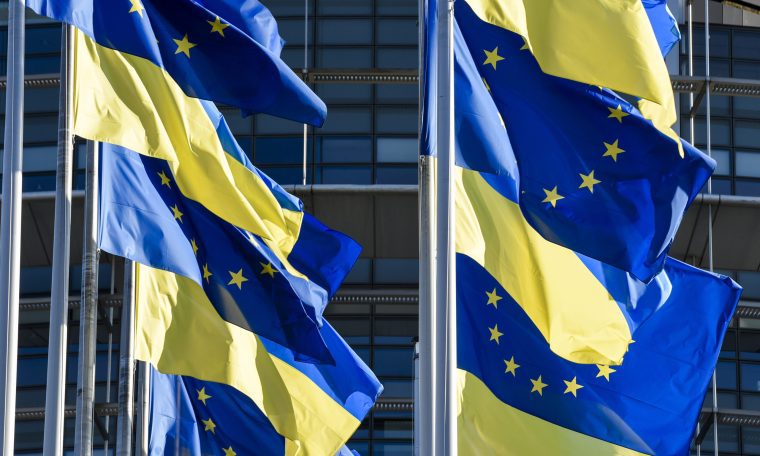 Ukraine’s President Volodymyr Zelensky declared that at this time, his country is closer to the European Union (EU), which it has since its independence in 1990.

“Ukraine is now closer to the European Union since its independence”, assured the president in his usual daily video message broadcast by local news agencies.

The Ukrainian president said that “thanks to the courage of Ukrainian men and women, Europe can create this new history of independence and finally eliminate the gray area between the European Union and Russia in Eastern Europe”.

The arrival of European leaders in the Ukrainian capital coincided with the sound of anti-aircraft sirens in the city, ahead of their meeting with the Ukrainian president.

“Russia created an environment for everyone to hear these sirens, to create a tense atmosphere, but no one was scared. This prompted us to be as concrete as possible and negotiate our interests for all Ukrainians and everyone in Europe done”, Zelensky underlined.

European leaders on Thursday announced their support for Ukraine to be granted EU candidate status, in a joint visit to Kyiv unprecedented since the Russian invasion on February 24.

After meeting with Zelensky, the four European leaders said that are in favor of achieving that position Immediately by Ukraine, on the eve of the European Council (EC) which will address the issue in Brussels.