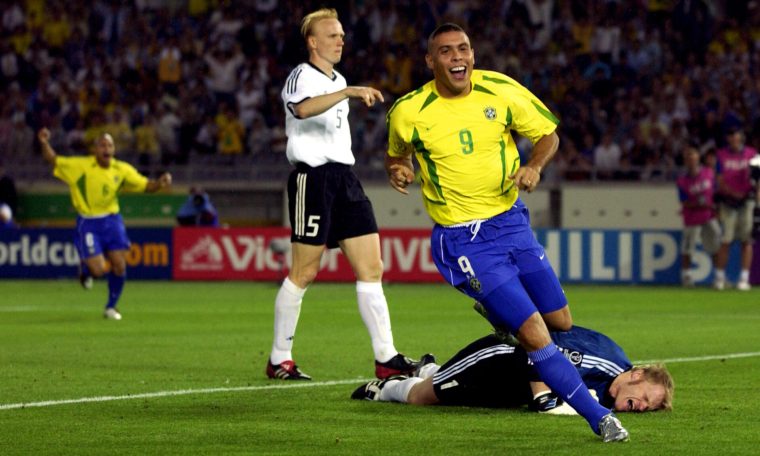 The game is popular in every corner of the world, but determining which are the most popular sports in the world is no challenge. Sports are popular for many reasons. Staying healthy, for example, is often cited as a reason to play sports. Others will tell you that they play games for entertainment purposes.

Sports are even more popular with people who do not necessarily participate in them, but prefer to be spectators, who are directly or indirectly influenced by the sport. Sport is an important part of our culture, and Brazil has one that stands out from the rest: football.

Since time immemorial, people have been influenced and inspired by extraordinary human beings capable of performing tremendous athletic feats, which can be historically seen since the ancient Greek Olympics. In this article, we discuss the most popular sports in the contemporary world.

Football is the most popular sport in the world with an estimated 4 billion fans. Like some of the other sports on this list, football as we know it originated in England in the 19th century, although history points to people playing similar games in China over two thousand years ago. One reason for football’s popularity is that unlike other sports that require expensive equipment, you only need a ball and your feet to play football. So anyone, rich or poor, can enjoy the game. It is played all over the world, but is particularly popular in Europe, Central and South America, and Africa.

The number of cricket fans is 2.5 billion. The sport is most popular in the UK and some former British colonies, particularly India, Pakistan and Australia. Like baseball, it involves two teams, a bat, a large field, and scoring runs. However, the center of a cricket field also includes a long rectangular field, where the ball is thrown at the batsman, while facing the batsman on home plate as opposed to a mound in the center of a baseball diamond.

Hockey, both on the ice and on the field, has two billion followers. Field hockey is mainly played in Europe, Africa, Asia, and Australia, while ice hockey is particularly popular in Canada, the Americas, and northern Europe. The game involves two teams trying to hit the ball into the opposing team’s net with a hockey stick. Unlike ice hockey, field hockey does not usually involve physical contact in the form of checking.

An estimated one billion people worldwide follow tennis, tuning in all over the world. In tennis, players on either side of a long net try to hit a ball with a racquet so that it passes to their opponents or bounces twice to their opponents’ side to score points. Professional tennis players like Roger Federer and Serena Williams are now household names around the world.

Volleyball involves two teams, each on either side of a raised net, attempting to “volley” a ball toward the opposing team to score points. The game has 900 million followers, mostly in North America and Western Europe, but also in Asia, Australia and South America. A popular version of the game, known as beach volleyball, is played on the sand with two people on each team, unlike regular volleyball where each team typically has six players.

Think of it like tennis, except what amounts to a table with a net in the center and players on either side trying to get the ball past their opponents. Also known as ping pong, table tennis originated in England in the early 20th century. The game is now popular all over the world with about 875 million followers. It is particularly popular in Asia, but is also followed in Europe, Africa, and the Americas.

Invented by James Naismith, a Canadian who taught at a school in the United States in the late 19th century, basketball is now played all over the world and has an estimated 825 million followers. In basketball, two teams try to dribble a ball across a court and throw it into a high hoop-shaped net to score points. If you love to run, jump and shoot, you will love the game of basketball. Like football, it is particularly popular because equipment requires no more than two baskets and a ball, and is therefore an accessible sport regardless of class.

America’s national pastime is believed to have descended from the English game, rounder, and cricket. Baseball involves two teams attempting to hit the ball with a bat between two white lines, with the hitters running around a series of bases to score runs (points). Today, baseball is popular not only in America, but also in East Asia and Latin America. The game has an estimated audience of 500 million fans.

Rugby has an estimated audience of 475 million. The sport originated in England and is now more popular in the UK and other Commonwealth countries such as Australia and New Zealand. In rugby, two teams attempt to kick, carry, or pass the ball over the goal line to score points. Rugby is a contact sport that involves a lot of tackle, similar to American football. But while football players use a lot of padding and rigid helmets to protect themselves, rugby players use very little protection.

An estimated 450 million people are fans of the sport, which involves trying to hit a small ball into a hole in as few strokes as possible. Golf originated in Scotland in the 15th century. Interestingly, the word golf is derived from the word “Kolf” or “Kolwe” in the Netherlands, which translates to “club”. Golf is particularly popular in Western Europe, East Asia and North America.