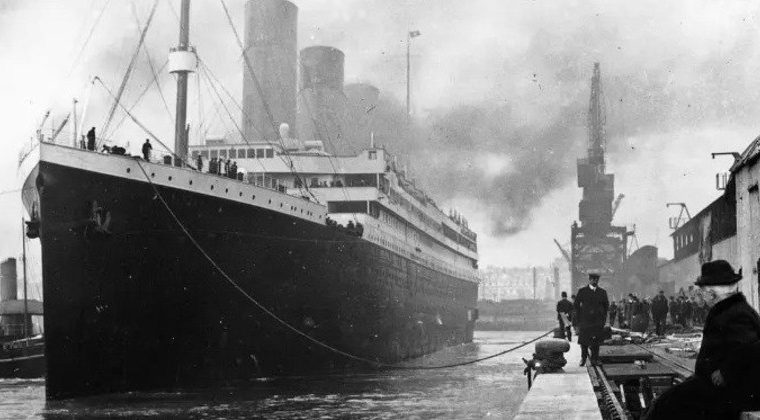 The Titanic was built in 1909 to make it the safest ship of its time. In addition, there was much interest from the British company White Star Line to win the “Blue Ribbon” award, which was awarded to the passenger ship that traveled between Europe and the United States in the shortest time.

Luiz Felipe Assis, a professor in the Department of Naval and Oceanic Engineering at the Federal University of Rio de Janeiro, explains that at the time there was a major dispute between shipping companies and countries such as England and Germany over how to design a ship. A reference to engineering at a time when earlier aircraft only made test flights and short ranges.

In the midst of the great flow of immigration between Europe and the United States in the early 20th century, people became interested in traveling on a fast and lavish ship, which gave the modern ship a commercial and social aspect.

“It was a trip of a lifetime, with people who didn’t have return tickets and wanted the crossing to be memorable”, Assis insists.

The passengers’ quarters on board were divided into three sections: the first, with representatives of high society, the second, composed of passengers in economic emergencies, and the third mostly immigrants and workers.

To achieve the objective of winning the “Blue Ribbon”, the ship had to reach the United States at a record speed, therefore in the shortest amount of time. According to the UFRJ professor, this factor was one of the main reasons for the sinking of the ship.

Officers belonging to the British company White Star Line at the time did not authorize Commander Edward Smith to slow down when they received news that a large iceberg was nearby.

“A ship at high speed encounters great difficulty in managing to avoid an obstacle. By the time they saw the iceberg, it was too late”, explains Assis.

The collision caused a tear of more than 100 meters in the hull of the structure, which took less than 3 hours to sink completely.

Experts point out that the Titanic was built with compartment technology, although the innovation was incomplete, as it was not present in the entire structure. Engineers created a design so that if water got into the hull, it would not be able to pass to the next divisions and cause drowning.

“The erroneous premise was to imagine that if water got in, it would reach some compartments, but in fact the tears in the hull were so large that it reached many. With a large flow of water, the vessel would have lost buoyancy space. and drowns.”

For him, even if the technology is present throughout the ship, it may not be able to contain the severity of the damage done to the hull.

Aside from issues related to shipbuilding, the technology at the time was much more limited than it is today. With the help of radar, the iceberg will be detected in advance. Modern ships are more prepared for risky situations, as the crew also receives intensive training.

Another important aspect regarding the wreck is the number of boats on board. According to Reagan Library Education, Titanic had only 20 lifeboats, which was not enough to rescue all the passengers. For the approximately 2,200 people on the voyage, the boats had space for 1,178 people.

In addition to insufficient space, these additional ships were launched with few passengers, one of them with 20 people, with a capacity of 65. Of the passengers, 706 managed to avoid sinking.

“The great technology of the ship caused the authorities of the time to reduce the number of lifeboats needed, which was a big mistake. People outside the boats died of hypothermia because the sea water temperature was so low. “


See also  The African Qualifier match between Guinea and Morocco was canceled after the coup. international football

ship did not sink

The scene in James Cameron’s film in which several passengers hold the bow of the ship as the ship sinks vertically has become a film classic, however, the professor claims that the event is unlikely.

Assisi believes that the bow of the Titanic may have risen slightly above sea level, but soon it will break. In addition, the bow was found too far from the stern, proving that there was no vertical sinking.

The wreck of the ship was searched for several decades until it was found on 1 September 1985 at a depth of 3,843 meters. The structure was never taken from the sea and remains in the southwest of the Canadian island of Newfoundland.

“It is not possible to remove Titanic from the sea, it is at very great depth, moreover its structure will not resist removal and will fall apart. The decline over the past ten years has been enormous, the corrosion of metals by ocean waters that will make the ship disappear in a few years. Many of the parts he found in 1985 are already in the dust.”