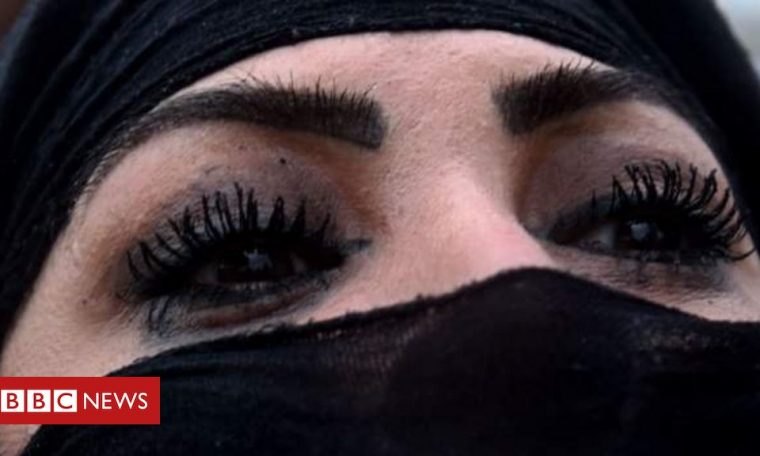 The arrival of the Taliban in Kabul, the capital of Afghanistan, caused fear among civilians, especially women.

With the Islamic fundamentalist group returning to power after 20 years, Afghan women fear they will lose the social and economic rights they have won over the past two decades.

The Taliban enforces a radical and strict interpretation of Islamic law that severely restricts women’s rights.

Following are some of the changes already observed in Kabul regarding women in the first days after the withdrawal of Taliban.

no women on tv

Afghanistan’s main television channels continued to broadcast after the Taliban came to power.

However, according to BBC Monitoring, there are notable differences, such as the fact that there are no longer female presenters.

There was also a large increase in comments in favor of the Taliban, with little criticism of the group on channels such as State TV National Afghanistan and private networks Tolo News, Ariana, Shamshad and 1TV.

Since the night of August 15, state television, which is controlled by the Taliban, mostly broadcasts religious programmes.

A large part of Tolo News and 1TV’s schedules repeat programs airing on Sundays, possibly due to work difficulties.

However, Saad Mohseni, owner of Mobi Group, which includes Tolo TV and Tolo News TV, said in a tweet: “I can assure you that our team is doing well and we will continue our uninterrupted broadcasts during this ‘transition’. will continue.”

Meanwhile, Shamshad TV, owned by a former aide of the president, was airing pro-Taliban content.

In one event, the channel’s correspondent showed residents of Kabul celebrating that the group would bring security and unity to the country.

no clothes, no makeup

Many Afghan citizens told the BBC that many of the social and economic rights won over the past 20 years have suddenly come to an end, following the Taliban’s progress in Afghanistan.

And condemnation of restrictions on women’s freedom is no exception.

“There are a lot of restrictions now. When I go out, I have to wear a burqa (a dress that completely covers the woman’s body, with a narrow trellis at eye level) as ordered by the Taliban, and A man should accompany me, says a midwife from the poorly-serviced rural district of Ishkamish in Takhar province, on Afghanistan’s northeastern border with Tajikistan.

Signs of these restrictive changes to women were also visible on the streets of the capital in the first two days after the Taliban arrived in Kabul.

Photos on social media showed shop windows ripped up or covered with paint, with images of women unveiled, dressed up and party-dressed.

‘I don’t know what our future will be like’

Many women in Kabul are frightened and disappointed.

One young woman, who chose not to reveal her identity, described the city as “silent”. He told the BBC that the capital is ruled by the Taliban and everyone is at home.

“I had so many plans for my future, but now I can’t work or go to university,” he said.

“I don’t know what our future will be like. It made me lose hope. I’m looking for a way out of Afghanistan because there is no hope for women.”

Ayesha Ahmed, who studied computer science at Kabul University, was attacked at the capital’s Hamid Karzai International Airport on Sunday by a mob trying to catch a flight to flee the country.

“Police pushed the crowd back, children and women were on the ground, I hurt my arms, legs and knees,” the 22-year-old told the PA news agency.

After failing the board, Ahmed took to social media to appeal to a country to give her asylum so that she could complete her studies, which she no longer believes is possible.

“I have lost hope and I don’t think it will be an easy path,” she said.

“I feel like I’m in a tunnel… I can’t see any bright lights and I don’t know how long the tunnel is.”

Mehbooba Seraj, an activist for women and children’s rights in Kabul, told the BBC it would serve no one if all women left the country, adding that she was ready to negotiate and work with the Taliban.

“If the women of Afghanistan, who are involved and we are working, can sit at the table and talk to these people (terrorists), then they can be smart and be aware of the resources that they have. The passes are with the women. Afghanistan,” she said. ..

“Because before that, before the Taliban, neither the world nor our own republic had really seen the strength of the Afghan woman.”